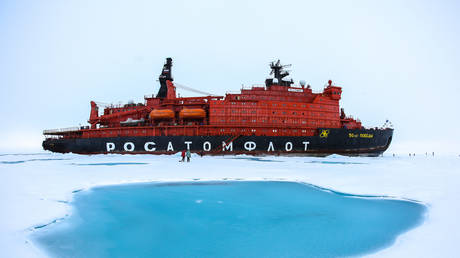 Washington and its allies have been too slow to react to Russian and Chinese expansion in the Arctic, US Secretary of State Mike Pompeo has said. Still, the US will “succeed” in entrenching there, he believes.

“I think we have all been a little bit naive to watch not only the Russians but the Chinese interest there continue to become more and more aggressive,” Pompeo told Danish public broadcaster DR on Wednesday.

We are a little late. That’s alright, I’ve been late to parties before and had a great time. We’ll succeed.

Expanding into the Arctic has been on the US agenda for quite some time, with the goal accelerating under the Trump administration. Indeed, President Trump prompted international mockery after floating the idea of purchasing Greenland from Denmark last year. The vast island is located almost entirely beyond the northern polar circle. (RT)