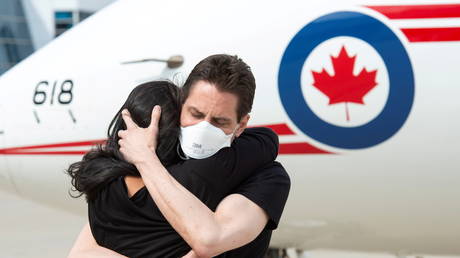 Beijing has dismissed “rumors” that Westerners are not safe in China and that they may be used as hostages in future diplomatic disputes, after two Canadians were released as Ottawa dropped charges against Huawei’s CFO.

On Tuesday, Chinese Foreign Ministry spokeswoman Hua Chunying hit back at the Western media and several “absurd rumors” after she was asked whether China had set a precedent by releasing two Canadians who were allegedly held as hostages, after Ottawa dropped charges against Huawei executive Meng Wanzhou.

“It is exactly the same as the absurd rumors that some people in the United States and the West are accustomed to making, inciting appalling rumors on China-related issues,” Hua told gathered media at a daily press conference. (RT)

A delegation led by the Director-General of the Azerbaijani Investment Holding (AIH), Ruslan Alikhanov, paid…