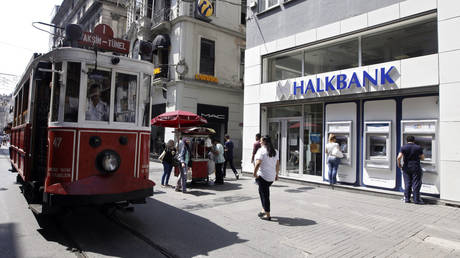 Charges against the Turkish Halkbank announced by federal prosecutors has critics of US President Donald Trump hopeful of his impeachment, due to reports he tried to intervene on behalf of one of its convicted executives.

Halkbank – officially Turkiye Halk Bankasi AS – was charged on Tuesday with six counts of conspiracy, fraud and money laundering in the Southern District of New York, for allegedly helping Iran circumvent US sanctions on oil exports between 2012 and 2016 to the tune of $20 billion. The Turkish government is the bank’s majority shareholder, and US Attorney Geoffrey S. Berman claimed that its “audacious conduct was supported and protected by high-ranking Turkish government officials.”

The charges come amid the Turkish invasion of northern Syria, for which Trump has threatened to impose economic and financial penalties on Ankara. However, the president’s critics at home hope this might turn into a scandal that helps them bring him down. (RT)