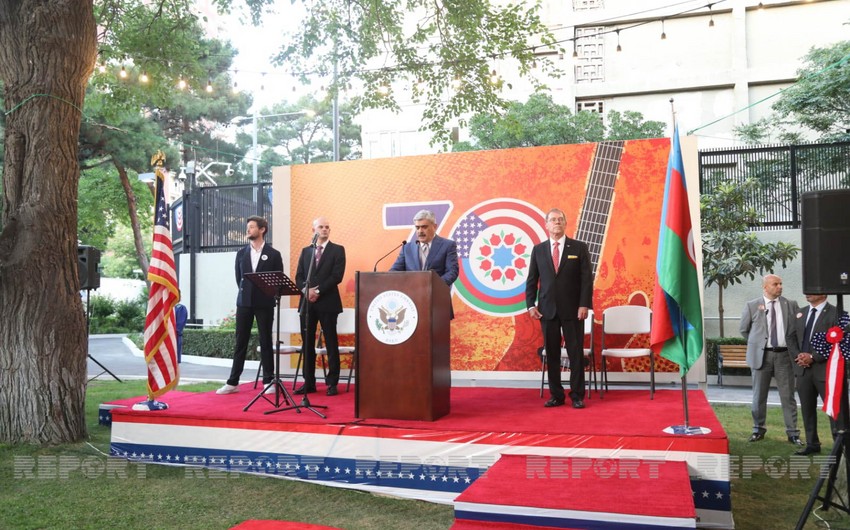 Independence Day of the USA was celebrated in Baku.

US Ambassador to Azerbaijan Earl Litzenberger and Minister of Finance of Azerbaijan Samir Sharifov attended the event, Report informs

Litzenberger said that the event would further strengthen relations as it is held on the 30th anniversary of establishing diplomatic relations between the countries.

During his speech, S. Sharifov noted that the relations between the two countries are developing in various areas, especially in the energy sector and the fight against terrorism. He highly appreciated the support of the United States in implementing Azerbaijan’s energy projects.

According to the minister, today, Azerbaijan is taking steps toward the region’s development, and the signing of the peace agreement with Armenia can play an important role here.

Sharifov also expressed his hope that the United States would support Azerbaijan in the restoration of territories freed from occupation.