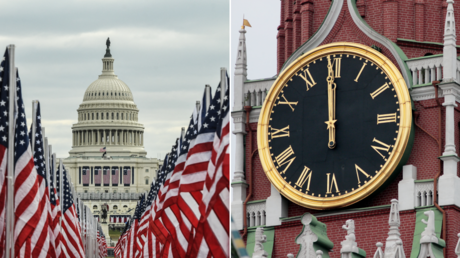 The United States has imposed sanctions on Russian officials and businesses as part of a growing row over the imprisonment of opposition figure Alexey Navalny, President Joe Biden’s administration told reporters on Tuesday.

Speaking to journalists during a conference call, a spokesperson said that the new measures had been introduced as part of a coordinated move with the European Union. Brussels also announced a package of penalties on Tuesday against Russian officials it deemed responsible for Navalny’s arrest and for “human rights” abuses during the policing of subsequent protests.

However, while Brussels published the names of four public servants who will now face restrictions, Washington has not yet publicized the list of those it will target. (RT)