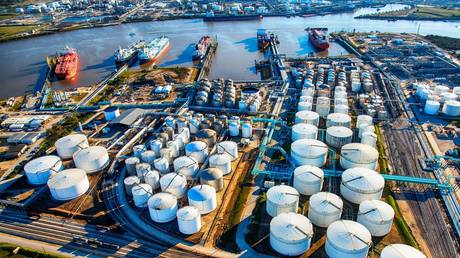 There is little left to do for the White House and other US decision-makers than sit and wait to see how the oil price game will play out By Irina Slav for Oilprice.comAerial view of fuel storage tanks at a Texas oil refinery outside Houston, Texas, US. © Getty Images / Art Wager

Despite the Biden administration’s best attempts, oil prices are set to continue to climb this year, as many OPEC members are struggling with higher production quotas because of technical issues.

When President Joe Biden announced plans to release up to 50 million barrels of oil from the strategic petroleum reserve (SPR) to lower retail fuel prices, many analysts warned that any effect this move would have would be short-lived. Indeed, prices dropped for a very short while and are now on the climb again, with the number of three-digit price forecasts growing.

The strategic reserve release was already a desperate attempt to put a lid on gasoline prices, pushed up by crude oil prices, themselves the result of a faster rebound in global demand and production constraints among the Organization of the Petroleum Exporting Countries (OPEC) members. The Omicron variant of the coronavirus, like the SPR release plans, had a transitory negative effect on benchmarks, but before long, they were once again on the rise.

Morgan Stanley expects Brent crude to reach $90 per barrel later this year. This is also the price forecast of Goldman. JP Morgan recently said that crude could reach and exceed $100 this year, noting the decline in OPEC spare production capacity. The latest to join the bullish choir is Vitol, whose head for Asian operations told Bloomberg last week that oil had further up to go because of tight supply.

What this means for the Biden administration and its efforts to keep gasoline affordable for voters ahead of the midterms is nothing good. Perhaps more SPR releases could be organized, but that would have little more effective than the first announcement: like plenty of analysts has explained, oil prices are influenced by global rather than local factors, even a major oil-producing country such as the United States. 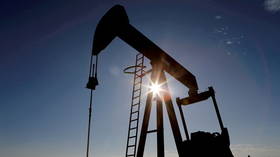 “OPEC+ remain steadfast in adding 400,000 barrells per day (bpd) back to the market each month, but our data suggests that monthly additions tally closer to 250,000 bpd,” said RBC Capital Markets commodity strategist Mike Tran in a note, as quoted by Reuters.

Many OPEC members are struggling with their higher production quotas because of technical issues, such as Nigeria, or because of political factors, such as Libya, which, to be fair, has been exempted from any production cuts and can pump at will as long as the political situation in the country allows it. Recent outages took an estimated 500,000 bpd or more out of its total output. (RT)