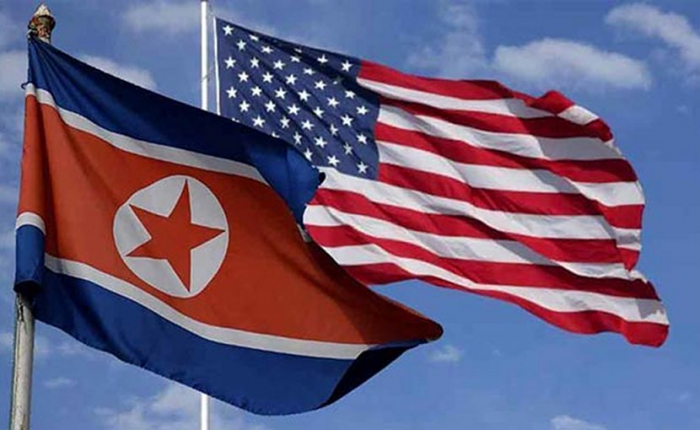 US Deputy Secretary of State and North Korea envoy Stephen Biegun on Wednesday poured cold water on reports Washington had sought a meeting with Pyongyang officials, with nuclear discussions at a standstill, according to AFP.

Biegun is on a four-day trip to Seoul and Tokyo to discuss North Korea’s denuclearisation.

The visit triggered speculation in the South that Washington was trying to rekindle diplomacy with Pyongyang ahead of the US presidential election in November — even though the North has repeatedly said it had no interest in talks.

“I’ve seen some press comments that the North Koreans are not prepared to meet with me on this visit,” Biegun told reporters after talks with his South Korean counterpart.

Talks over Pyongyang’s nuclear arsenal have been stalled since a Hanoi summit between US President Donald Trump and North Korean leader Kim Jong Un collapsed in early 2019 over what the North would be willing to give up in exchange for sanctions relief.

Kim declared in December an end to moratoriums on nuclear and ballistic missile tests, and Pyongyang has repeatedly said it has no intention to continue talks unless Washington drops what it describes as “hostile” policies toward the North.

Biegun also suggested last month that another meeting between Trump and Kim was unlikely, although he held out hope for progress in nuclear negotiations.

The US envoy said Wednesday that the North Koreans “will find us ready” at any time to return to talks.

Rumours surrounding the possibility of another summit swirled last week after former US national security advisor John Bolton reportedly said Trump might pursue another meeting with Kim in October if it would help his re-election chances.

But hours before Biegun arrived in Seoul on Tuesday, the North again ruled out the possibility of resuming talks, saying Pyongyang had “no intention to sit face to face with the United States”.

The North’s state media reported that leader Kim paid respects to his grandfather and predecessor Kim Il Sung at his Kumsusan Palace of the Sun mausoleum on Wednesday, the 26th anniversary of his death.