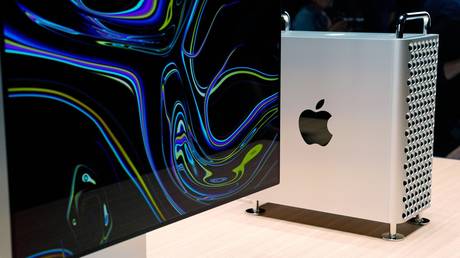 The US has granted exemptions from tariffs on parts for Apple’s new Mac Pro and on some accessories made in China. This comes amid a wider easing of duties on Chinese goods, but contrasts with President Trump’s earlier remarks.

According to the notices published by the Office of the US Trade Representative in the Federal Register on Friday, Apple has been given approval for 10 of its 15 requests for tariff exemptions.

Although the company builds its new Mac Pro computers on US soil, some structural parts for the devices – like, for instance, circuit boards– are manufactured in China and therefore are subject to Trump’s 25% levies. These circuit boards have been granted a tariff exemption, as have Mac Pro stainless-steel exterior enclosure, finished Magic Mice and Magic Trackpads. Several requests are still under a substantive review by the trade regulator. (RT)