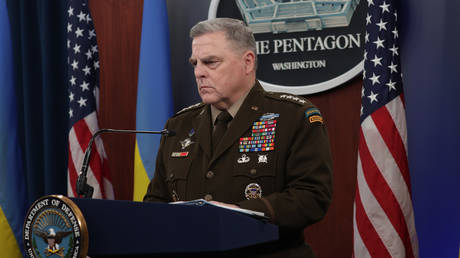 US Joint Chiefs of Staff Chairman General Mark Milley tried and failed to reach his Russian counterpart, General Valery Gerasimov, in the wake of a deadly missile incident in Poland, he revealed to journalists.

“My staff was unsuccessful in getting me linked up with General Gerasimov,” he said during a joint press conference with Secretary of Defense Lloyd Austin on Wednesday.

The failed contact happened after a missile hit a Polish village on the border with Ukraine and killed two locals on Tuesday. It came amid a Russian barrage targeting Ukrainian military and energy infrastructure. President Vladimir Zelensky claimed that the weapon was Russian and urged NATO to invoke its collective defense provisions in response.

Western nations have since assessed that the projectile was most likely a Ukrainian anti-aircraft missile that went astray. But the Ukrainian leader doubled down on his claim that it was not fired by Kiev’s forces. 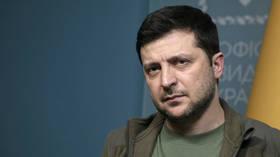 During the media briefing, both US defense officials declined to comment on the difference of opinion.

“We have full confidence in Poland’s ability to conduct this investigation in the proper way, and until that’s complete, again, I think it’s – it’d be premature for anybody to jump to conclusions,” Austin said.

Zelensky named Ukraine’s chief of defense, General Valery Zaluzhny, as the source of his information about the projectile’s origin. Milley said he also talked to the general, but declined to say what he was told about the incident.

Read more:   40% of People with COVID-19 show no symptoms, the CDC estimates

The Russian military has denied responsibility and said images of the missile debris clearly identified it as Ukrainian. The Foreign Ministry accused Kiev of trying to gain more Western support under a false pretext and said that an impartial investigation would expose the Ukrainian “provocation”. (RT)