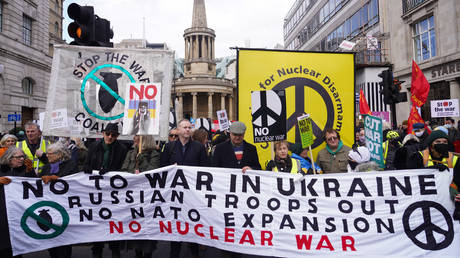 Russia will not use nuclear weapons in Ukraine, despite threats to do so if attacked, US Defense Secretary Lloyd Austin told CNN’s Fareed Zakaria in an interview set to air Sunday.

While claiming that “there are no checks on [Russian President Vladimir] Putin,” Austin dismissed the Russian president’s recent statements – including a warning that he was not “bluffing” about his willingness to use nukes “to defend Russia and our people” – as wholly unsuitable for a global superpower.

“This nuclear saber-rattling is not the kind of thing that we would expect to hear from leaders of large countries with capability,” Austin said. “Just as [Putin] made the irresponsible decision to invade Ukraine, you know, he could make another decision” to use nuclear weapons there. 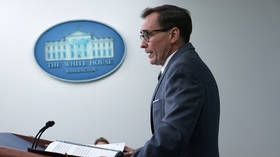 “But I don’t see anything right now that would lead me to believe he has made such a decision,” the defense secretary reasoned.

Austin revealed that while he had not been in touch with his Russian counterpart Sergey Shoigu “in recent days,” he had previously warned the defense minister not to “go down this path and conduct this type of irresponsible behavior.” Shoigu has repeatedly stated that Russia’s nuclear doctrine only allows the use of such weapons when “the very existence of the state is threatened” and last month dismissed the notion of using nukes in Ukraine as “absurd.”

The Pentagon chief also dismissed Putin’s “annexation claims” to Kherson, Zaporozhye, Donetsk and Lugansk as “illegal,” echoing the official positions of the Biden administration and NATO on last week’s referendums in the formerly Ukrainian territories. After the regions’ inhabitants voted overwhelmingly to become part of Russia, the documents on their accession were signed on Friday and now await ratification by the parliament.

Washington has repeatedly warned Russia against the use of nuclear weapons, threatening “catastrophic” consequences. Meanwhile, Ukraine continues to shell the Zaporozhye Nuclear Power Plant, putting the world “on the brink of nuclear catastrophe,” in the words of Russian State Duma Chairman Vyacheslav Volodin.

US officials have so far been evasive about what exactly their response to a Russian nuclear strike would entail. President Joe Biden has merely warned that Russia would become an international “pariah,” hinting that Washington’s response would depend “on the extent of what they do.” Such warnings are intentionally vague, US officials told the Washington Post last month, and are delivered with the intent to create “strategic ambiguity” and keep the Kremlin on its toes about the response. (RT)