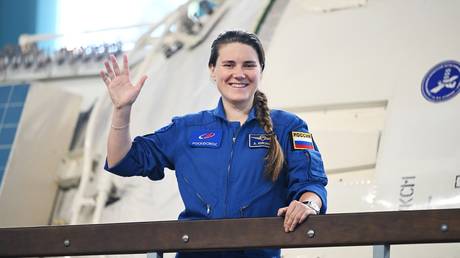 A Russian cosmonaut has traveled to the International Space Station (ISS) on board a US spacecraft for the first time in 20 years. Anna Kikina was part of the SpaceX Crew-5 mission that docked on Friday, in the second flight under the seat-sharing program between Russia and the US.

The SpaceX capsule ‘Endurance’ launched on October 5 from the Kennedy Space Center in Florida, and successfully docked with the ISS on Friday afternoon. In addition to Kikina, the crew also included NASA astronauts Nicole Mann and Josh Cassada, as well as Japan’s Koichi Wakata.

Kikina’s participation in the mission has been made possible through an agreement signed on June 14, 2022 between NASA and the Russian space agency Roscosmos. The landmark deal was reached in spite of the worsening relations due to the ongoing conflict in Ukraine and involved a series of crew exchanges.

The agreement involves a total of three flights by Russian cosmonauts on the SpaceX Dragon spaceships, and three flights by the US astronauts on the Soyuz spacecraft. The first seat-exchange mission was launched in September, when US astronaut Frank Rubio joined two Russian cosmonauts, Sergey Prokopyev and Dmirty Petelin, on board their Soyuz-2.1a.

The station now has 11 crew members with the arrival of the four @SpaceX#Crew5 members today. They’ll work in space conducting @ISS_Research for the next several months. More… https://t.co/c1HjfHA6bQpic.twitter.com/c9QviBjvKN

During the launch, Kikina thanked both Roscosmos, NASA, and the Japanese space agency JAXA for providing her with this opportunity.

“We’re so glad to do it together. Thank you everybody for being with us,” she said in Russian and in English, after the capsule departed for orbit. 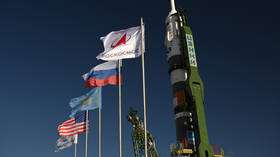 Kikina is the only female cosmonaut on the current Russian roster. She was described as an “ambassador of goodwill” by then-Roscosmos chief Dmitry Rogozin in December 2021, when the deal was still being negotiated.

“Our beautiful cosmonaut will be the first Russian to fulfill the flight exchange program,” Rogozin had told reporters at the time.

Russians have previously used US spacecraft to reach orbit between 1994 and 2002, when the NASA Space Shuttle program was still in existence. The first such joint missions allowed the US astronauts to visit the Russian Mir space station as part of the ‘Shuttle-Mir program’ while the rest involved flights to the ISS. NASA discontinued the Shuttle program in 2011, however, and had to rely on Roscosmos to ferry astronauts to the space station until 2020. (RT)