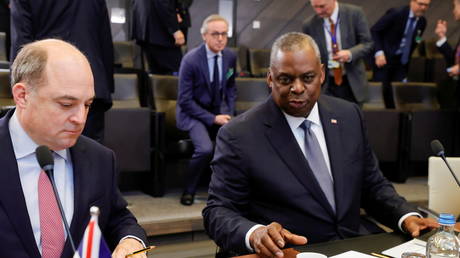 The US secretary of defense has reiterated a vow made by Joe Biden this week that Washington would support Taiwan militarily if attacked by China, seemingly in a break with traditional US policy.

On Friday, NATO defense ministers gathered for the second day of a Brussels summit amid an ongoing debate among EU nations over whether to establish a small European rapid reaction force.

Speaking at a press conference, US Secretary of Defense Lloyd Austin reiterated Washington’s resolute commitment to NATO and its “sacred obligation” to the bloc’s Article 5.

Asked whether the United States would defend Taiwan if attacked by China, Austin doubled-down on US backing for Taipei after President Biden vowed to support the island nation against Beijing on Thursday. Austin promised that the US would continue to help Taipei with its defense capabilities.

“We remain committed to the One China policy…As we’ve done under multiple administrations, we will continue to help Taiwan with resources and capabilities it needs to defend itself,” the Pentagon chief stated.

Beijing’s ‘One China’ policy has been tacitly accepted by US policymakers for decades recognizing the People’s Republic of China as the legal government of China, while also maintaining unofficial diplomatic relations with Taiwan. (RT)