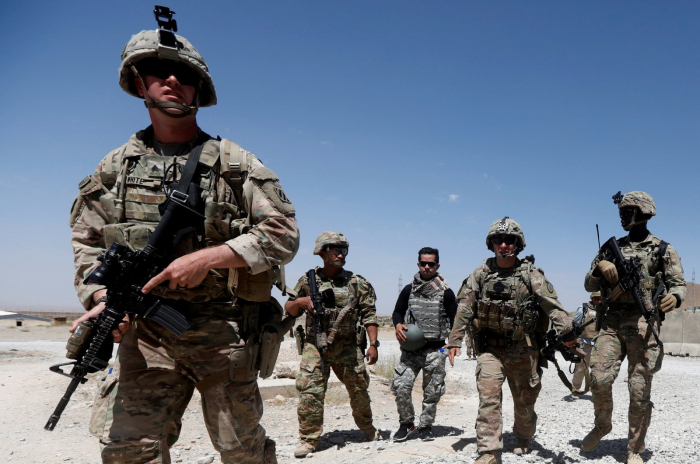 The U.S. military has met its goal of reducing the number of troops in Afghanistan to about 2,500 by Friday, according to AP.

President Donald Trump, who ordered the reduction in November, said Thursday that troop levels in Afghanistan had reached a 19-year low, although he did not mention a troop number. Last February his administration struck a deal with the Taliban to reduce American troop levels in phases and to go to zero by May 2021, although it is unclear how the incoming Biden administration will proceed.

President-elect Joe Biden, who has advocated keeping a small counterterrorism force in Afghanistan as a way to ensure that extremist groups like al-Qaida are unable to launch attacks on the United States, faces a number of questions on Afghanistan. One is how and whether to proceed with further troop cuts.

Trump in his brief statement alluded to his longstanding desire to get out of Afghanistan entirely.

“I will always be committed to stopping the endless wars,” he said, referring to U.S. wars that have dragged on in Afghanistan since 2001 and in Iraq for much of the period since 2003.

Although senior military officials had cautioned against speedy troop reductions in Afghanistan, Acting Defense Secretary Christopher Miller announced on Nov. 17 that he was implementing Trump’s order. As a result, military commanders scrambled to pull more than 1,500 troops out of the country in the last few weeks. At Trump’s order, commanders also cut U.S. troop levels in Iraq to 2,500 from about 3,000 in the same period.

Ilham Aliyev: Azerbaijan has always supported Pakistan on all issues, including Kashmir

“First of all, I would like to express my gratitude to brotherly Pakistan for the…

WHO not yet recommending COVID-passports introduction

The World Health Organization (WHO) is not yet recommending countries to introduce COVID-19 vaccination passports,…