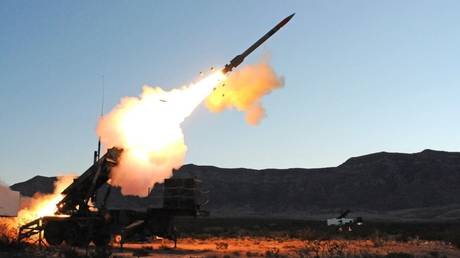 FILE PHOTO: The US Army test-fires a Patriot surface-to-air missile. ©  US Army

A senior Pentagon official said “all capabilities are on the table” when it comes to military aid to Kiev FILE PHOTO: The US Army test-fires a Patriot surface-to-air missile. © US Army

Speaking during a Tuesday press briefing, an unnamed senior Pentagon official was asked if Washington had plans to ship Patriots to Ukraine, but simply replied: “I’m just going to say that all capabilities are on the table.”

Pressed on whether that would include Patriot missiles, the official acknowledged the weapon is “one of the air defense capabilities that is being considered” by the Joe Biden administration.

Air Force Brigadier General Pat Ryder later elaborated on those remarks at a separate press conference, however, saying that while air defense is a “priority” for Ukraine and that Washington is now discussing a “wide variety of capabilities,” there are no immediate plans to transfer Patriot batteries. He suggested that could later change, however, going on to say that such weapons are not “plug-and-play” and would require significant training and maintenance support. 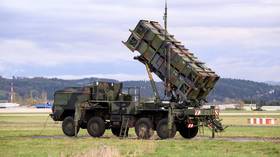 NATO Secretary General Jens Stoltenberg also highlighted the possibility of shipping Patriots to Ukraine during an alliance meeting in Bucharest on Tuesday, but likewise pointed to complications related to maintenance and training.

Moscow has vocally opposed the deployment of Patriots and any supporting NATO personnel to Ukraine, with the deputy head of Russia’s Security Council, Dmitry Medvedev, warning that such shipments would become “legitimate targets” for Russian forces.

Ukrainian Foreign Minister Dmitry Kuleba first floated a request for the air defense system following talks with his American counterpart earlier this month, saying “I am … convinced that the time for ‘Patriots’ has come.” US Secretary of State Antony Blinken later confirmed the discussions, but made no mention of Patriot missiles.

While several allies have supplied Kiev with large numbers of lighter, man-portable anti-air systems such as US-made Stinger missiles and Polish Thunderbolts, Ukraine has repeatedly called for heavier air defenses. To date, only a handful of countries have met those requests, with Washington recently providing National Advanced Surface-to-Air Missile Systems (NASAMS), while Slovakia previously transferred its lone S-300 platform on the condition the Pentagon would replace it with a Patriot battery. (RT)