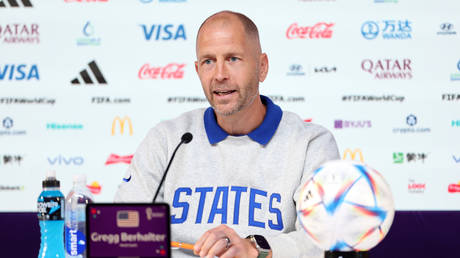 Berhalter said he and his team had no part in the social media message. ©  Hector Vivas / FIFA via Getty Images

The two nations are preparing to face each other at the World Cup in Qatar Berhalter said he and his team had no part in the social media message. © Hector Vivas / FIFA via Getty Images

The head coach of the US men’s national soccer team, Gregg Berhalter, has apologized after a row involving an altered Iranian flag overshadowed the build-up to the two countries’ crucial World Cup meeting in Qatar.

Iran reacted angrily at the weekend after a social media post from the official account of the US men’s national team (USMNT) featured the World Cup Group B standings and the flags of the respective nations – but with Iran’s flag missing the central emblem of the Islamic Republic.

US soccer officials subsequently told the media that the gesture was a show of support for the protests which have broken out in Iran in recent weeks following the death of 22-year-old Mahsa Amini in police custody.

A legal adviser to the Iranian Football Federation responded by telling national news agency Tasnim that the organization would complain to FIFA, with the media outlet claiming that the US could be punished with a 10-game ban. 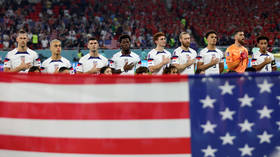 Speaking at a press conference on Monday, US head coach Berhalter attempted to quell tensions ahead of the crucial game at Al Thumama Stadium on Tuesday.

“We had no idea about what US soccer put out. The staff, the players, we had no idea,” Berhalter told the media.

“All we can do is apologize on behalf of the players and the staff. But it’s not something that we were a part of.”

The 49-year-old added that his team’s full focus was on a game that is set to determine which of the two teams reaches the knockout stages in Qatar.

“Of course, our thoughts are with the Iranian people… the whole country, the whole team, everyone, but our focus is on this match,” said the coach.

The Iranian flags displayed on the USMNT social media accounts now feature the correct version with the emblem of the Islamic Republic, with the offending post since deleted. 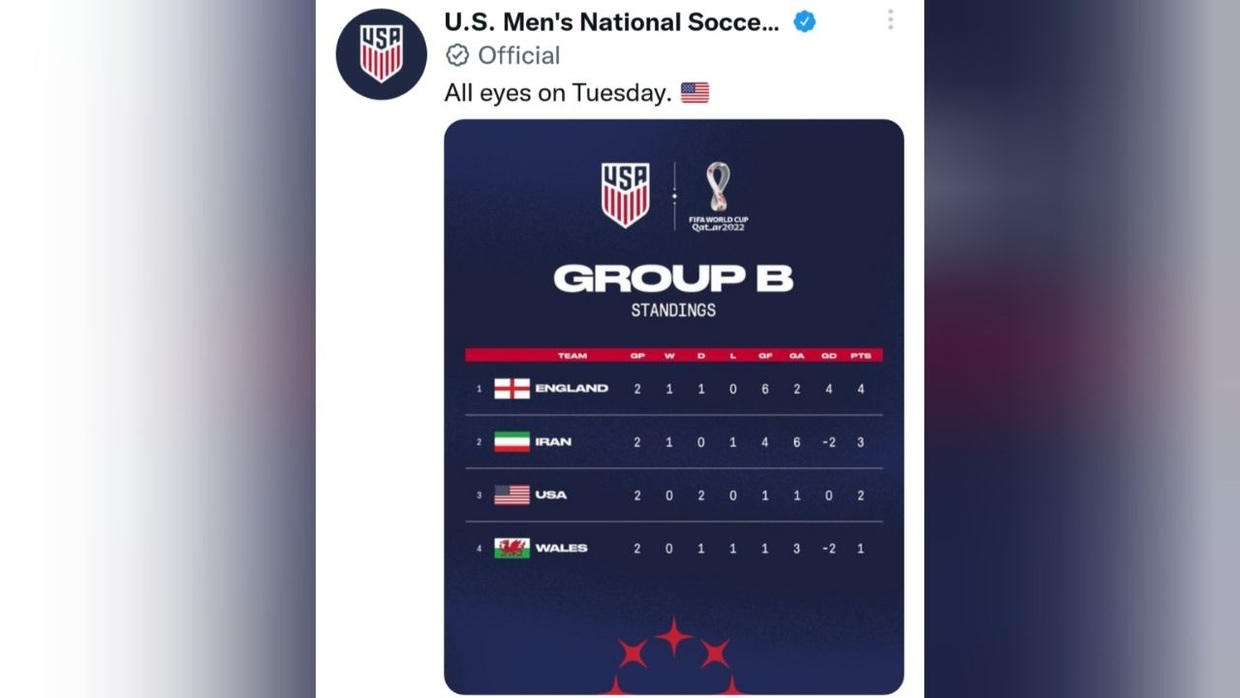 The tweet featuring an altered version of the Iranian flag outraged officials in the country. © Twitter / @USMNT

Heading into the last round of Group B games on Tuesday, England lead the way on four points from two games, following a 6-2 opening win against Iran and a goalless draw with the US.

The Three Lions are well placed for spot in the knockout stages and meet Wales on Tuesday, with the Welsh on a solitary point after their opening draw with the USA followed by a dramatic late defeat to Iran.

Iran lie on three points, with the US trailing on two points after successive draws in Qatar.