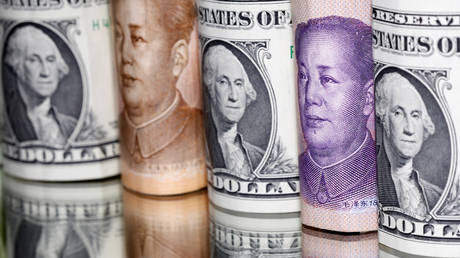 Total investments between the US and China are nearly twice as large as official numbers indicate, totaling $3.3 trillion in 2020, despite escalating tensions between the world’s two largest economies, a new study has found.

The estimates were presented by New York-based research provider Rhodium Group. According to its report, published on the National Committee on US-China Relations website, around two-thirds of the total two-way capital flows were controlled by Chinese investors. They held $700 billion in equity and $1.4 trillion in debt securities issued by US entities at the end of 2020. This is around 40 percent more than what the official US data suggests.

Meanwhile, American investors held a total of $1.2 trillion, with $1.1 trillion in equity and $100 billion in debt, issued by Chinese entities. Rhodium Group notes that this is about five times the holdings captured in official figures.

The researchers explain that the staggering difference between the figures is due to the complex, multi-modal structures that are often used for cross-border investment. This makes it hard for statistical agencies to determine the nationalities of securities, issuers and owners. (RT)