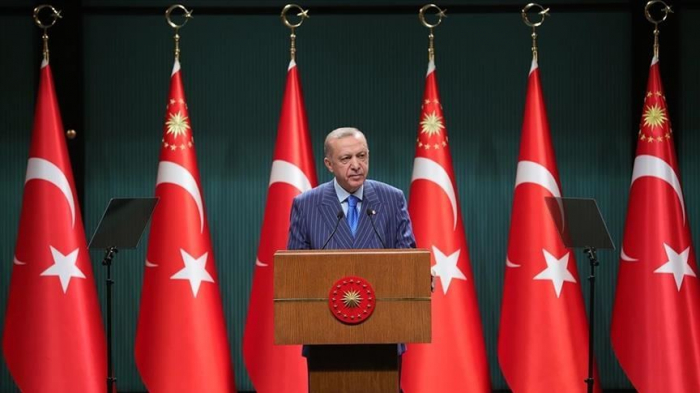 President Recep Tayyip Erdogan criticized the U.S. for its stance regarding Türkiye-Greece tensions, saying that it has lost its impartiality and cannot find an ally like Ankara, according to Daily Sabah.

“The U.S. does not act fairly regarding NATO member-states. Both Greece and Türkiye are NATO member states and Türkiye is in the top five in terms of its contributions to the bloc,” the president told a live interview on broadcaster CNN Türk.

He continued by saying that there is no comparison between Türkiye and Greece’s standing in NATO, and Washington cannot find another ally like Ankara.

Erdogan also said it is unacceptable for the U.S. to send armored vehicles to the demilitarized islands.

“Our expectation from the U.S. is not to involve Greece in wrong calculations and not to allow the manipulation of international public opinion,” he added.

He also denounced Washington’s recent decision to lift an arms embargo on the Greek Cypriot administration, terming it “inexplicable in terms of content and timing.”

He said the move “will not go unanswered” and pledged to take all necessary steps to protect Turkish Cypriots.

The president’s criticism came after Greece sent armored vehicles donated by the U.S. to Lesbos and Samos islands.

Türkiye, a NATO member for over 70 years, has complained of repeated provocative actions and rhetoric by Greece in the region in recent months, including arming islands near Turkish shores that are demilitarized under treaties, saying that such moves frustrate its good faith efforts for peace.

Türkiye and Greece are at odds over a number of issues, including competing claims over jurisdiction in the Eastern Mediterranean, overlapping claims over their continental shelves, maritime boundaries, airspace, energy, the ethnically split island of Cyprus, the status of the islands in the Aegean Sea and migrants.

Ankara accuses Athens of illegally militarizing Greek islands in the East Aegean and questions Greece’s sovereignty over them. There is also a dispute over the exploitation of mineral resources in the Aegean.

Among the most recent developments that flared tensions was the harassment by two Greek coast guard boats opening fire on a cargo ship in international waters, continued pushbacks by Greek elements recorded by Turkish UAVs as well as the harassment of Turkish fighter jets under a NATO mission by Greece’s Russian-made S-300s.

It was reported recently that Turkish jets on a reconnaissance mission, flying in international airspace, had been harassed by a Greek defense system stationed on Crete.

Türkiye is planning to submit to NATO and its allies the radar logs showing how a Greek S-300 air defense system harassed Turkish F-16 jets during a mission in international airspace, sources said. Türkiye has also lodged a protest and demanded an explanation and investigation from Greece into an incident that was “totally in violation of international laws.”

On Ankara’s request for recognition of the Turkish Republic of Northern Cyprus (TRNC), Erdogan said: “If the U.N. Security Council acts fairly, we will speed up this process.”

He also urged the international community to recognize the TRNC, adding that “this would open the way to resolving the Cyprus issue.”