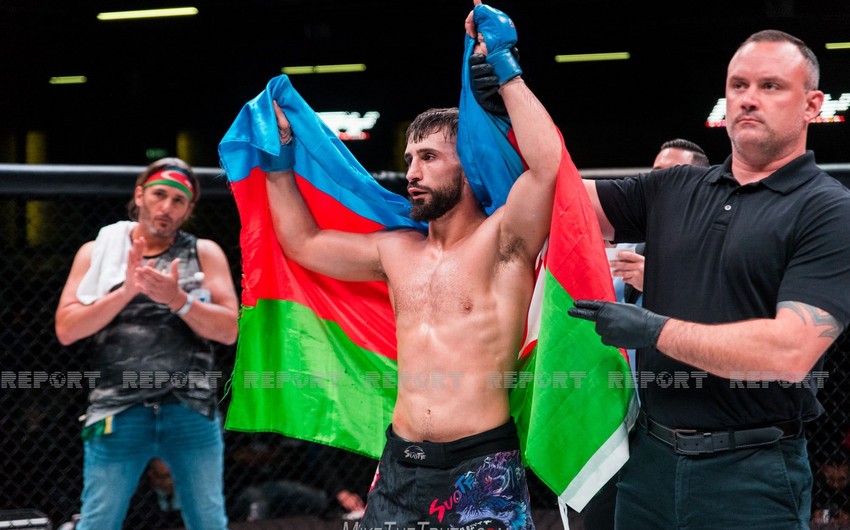 Nazim Sadigov, an Azerbaijani who lives in the United States, has made his way of the final of the international tournament in mixed martial arts (MMA).

The 27-year-old professional fighter won the Houston (Texas, US) fight as part of the UFC Fight Pass and reached the final, Report’s American bureau reports.

In the last minutes of the third round, he defeated American athlete John Herrera with a chokehold. In honor of his victory, Sadigov entered the ring with a tricolor Azerbaijani flag.

In an interview with Report, Sadygov said that he aims to enter the UFC and that the last fight, which is to take place soon, will become his biggest dream: “I have been involved in various sports since childhood. For already a few years, I have been trying my strength in mixed martial arts. I have had many victories, and I dedicate all my successes to Azerbaijan. Though I was born and raised in the United States, Azerbaijan is my Motherland, and at all the competitions in which I participate, I strive to raise the flag of Azerbaijan.”