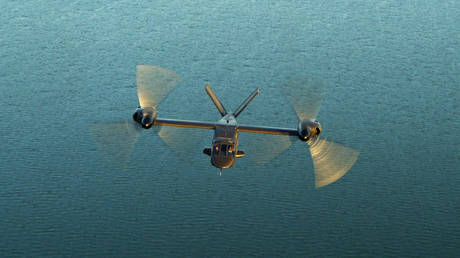 The military has made its biggest chopper decision in 40 years, selecting the aircraft that will become its battlefield workhorse Bell Textron’s V-280 Valor features tilting rotors on opposite sides of a large front wing. © Bell Textron

The US Army has chosen defense contractor Bell Textron to build its next generation of attack and utility helicopters, selecting a radically different design to replace its iconic Apache and Black Hawk models.

Bell’s V-280 Valor tilt-rotor helicopter is scheduled to start going into service around 2030 and will eventually replace predecessors that have been produced since the 1970s, according to an army statement on Monday. The initial contract is valued at up to $1.3 billion if all options are exercised, which would lead to replacing 1,200 Apache attack helicopters and 2,000 Blackhawk utility helicopters.

Bell Textron could eventually gross around $70 billion over the next several decades if a “full complement” of the new helicopters is purchased over the life of the program, including export sales, US Army Major General Robert Barrie told reporters on Monday. The company beat out a joint venture of Boeing and Lockheed Martin’s Sikorsky unit to win the competition to build the so-called Future Long-Range Assault Aircraft (FLRAA).

Unlike the more traditional-looking Apache with its large front rotor and long tail section, the V-280 features swiveling rotors and engines at opposite ends of a large front wing, allowing it to take off vertically like a helicopter and fly horizontally like an airplane. Its V-shaped tail section has no rotor and looks more like the back of a fighter jet than a chopper. The design is similar to that of the V-22 Osprey, long employed by the US Air Force and Marine Corps.

The V-280 also boasts about double the speed and range of the Apache and Black Hawk. It’s designed to have a cruising speed of 280 knots (322 miles per hour) and a combat range of up to 800 nautical miles (920 miles). The first FLRAA prototype is due in service by 2025. The army reportedly aims to achieve an average unit price of $43 million, more than double the cost of a Black Hawk. (RT)