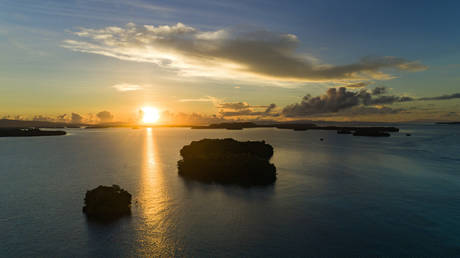 Sun rises above the Solomon Islands in the Pacific. © Tourism Solomons

The informal group includes America, Japan, Australia, New Zealand and the UK Sun rises above the Solomon Islands in the Pacific. © Tourism Solomons

The US, Japan, Australia, New Zealand and the UK have formed a new group to boost economic and security ties with Pacific island nations.

In a joint statement on Friday, the members said the informal alliance, dubbed Partners in the Blue Pacific (PBP), was aimed at increasing the effectiveness of their ongoing efforts “to support prosperity, resilience, and security” in the region.

The group will operate “according to principles of Pacific regionalism, sovereignty, transparency, accountability, and most of all, [will be] led and guided by the Pacific islands,” the statement read.

PBP’s core goals also include the expansion of opportunities for cooperation between the Pacific island nations and the rest of the world, it added. (RT)