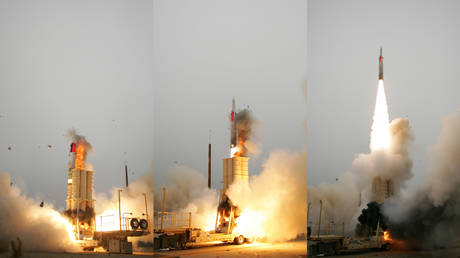 The Israeli Ministry of Defense has confirmed a recent test of an Arrow missile defense interceptor, partly manufactured by Boeing and developed in cooperation with the US Missile Defense Organization.

Tel Aviv issued a statement on Wednesday, confirming that the secretive airspace closures the day before were indeed a “pre-planned flight test” of the Arrow weapons system. The Israeli MOD added that an Arrow 2 interceptor was used against a Sparrow target missile. (RT)