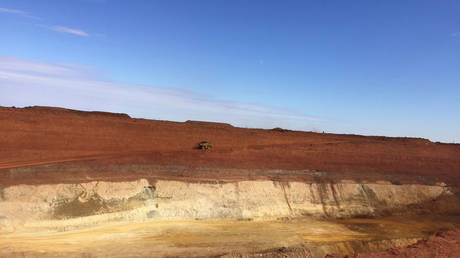 US President Donald Trump and Australian Prime Minister Scott Morrison are expected to reveal a plan on Friday aimed at securing the supply of rare earth minerals.

The plan will be announced on growing concerns in the US that China could cut off shipments of the vital commodities. The country is the world’s largest processor and producer of the minerals, accounting for more than 80 percent of global processing capacity.

According to a senior administration official cited by Al Jazeera, the plan will be unveiled during a state visit by Morrison to the White House.

“Both countries share an interest in making sure the global supply of rare earths is stable and secure,” the official said, adding that they aim “to make sure there’s a stable and secure global market that’s not easily disrupted by shocks and outside influences.”

Also on rt.com The challengers to China’s rare earth monopoly

Rare earths or rare metals are a group of 17 chemical elements with special characteristics. The materials are actually not rare, despite their name, but they are difficult to find in the desirable concentrations and they are hard to process, as the ores often contain naturally occurring radioactive materials such as uranium and thorium. (RT)