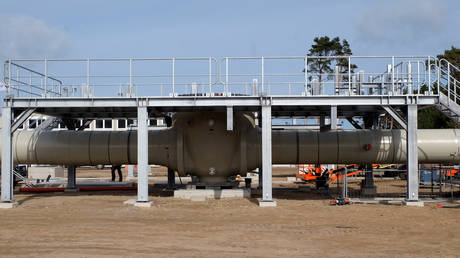 If the US succeeds in destroying the Russian-German Nord Stream 2 pipeline project, Washington’s next target will be the Ukrainian Gas Transmission System. That’s according to Yury Zagorodny, an opposition MP in Kiev’s parliament.

Zagorodny believes that the United States is trying to win the European gas market by ousting its main competition, Russia. Moscow is a major player in the European energy sector, providing a large percentage of the continent’s gas. As things stand, Russian natural gas is delivered to Europe through Belarus, Ukraine, and the Baltic Sea. With the construction of a second Baltic pipeline now coming under question, Zagorodny is worried that the Ukrainian pipes might be the next target. “If the West blocks Nord Stream 2, our Gas Transmission System will be the next goal.” Zagorodny said, claiming that the US will help “end her days ingloriously.”

Ukraine has one of the most developed networks of pipelines in the world, and currently transports a significant percentage of all Russian natural gas, providing significant income for the country’s budget. At the end of 2019, the two countries signed a five-year deal set to net Kiev $7 billion in gas transit fees by 2024. (RT)