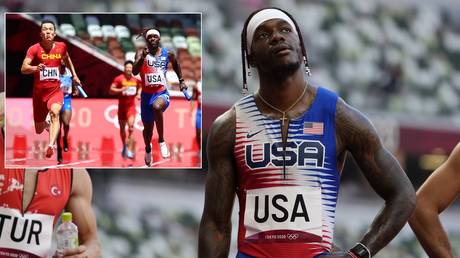 The US men’s 4x100m relay team was hit by a barrage of derision after failing to reach the final in Tokyo, continuing a barren run for a nation that typically churns out some of the fastest men on earth.

The American quartet of Ronnie Baker, Fred Kerley, Trayvon Bromell and Cravon Gillespie bundled their way around the Olympic Stadium in the Japanese capital, finishing an embarrassing sixth in their heat on Thursday.

A particularly pathetic handover between Baker and Kerley doomed their chances while Gillespie was also criticized for a poor anchor leg as the team registered a time of 38.10 – putting them behind China, Canada, Italy, Germany and Ghana. 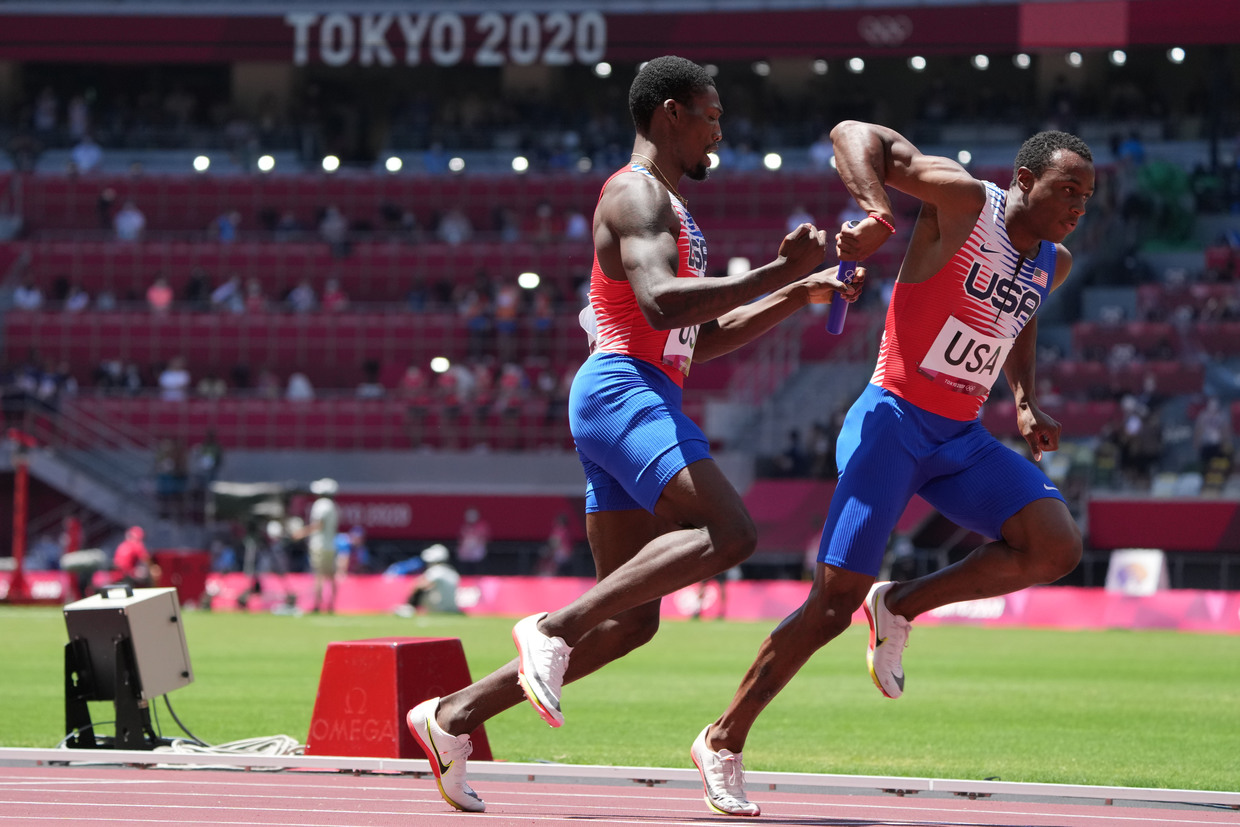 The woeful showing continued a trend which has spanned two decades, with the US men not tasting gold in the 4x100m relay at the Olympics since 2000.

An American men’s 100m relay quartet has failed to make it to the finish line in a final since winning silver in London in 2012 – but even then they were forced to return those medals because of a doping ban for Tyson Gay.

The consistent failures seem remarkable considering that the US produces some of the fastest names across 100m and 200m season after season – and the latest low was met with anger online.

“The passing system is wrong, athletes running the wrong legs, and it was clear that there was no leadership. It was a total embarrassment, and completely unacceptable for a USA team to look worse than the AAU kids I saw.”

The USA team did everything wrong in the men’s relay. The passing system is wrong, athletes running the wrong legs, and it was clear that there was no leadership. It was a total embarrassment, and completely unacceptable for a USA team to look worse than the AAU kids I saw .

Others agreed, labeling it “utterly embarrassing” – while track journalist Ben Bloom noted that the US isn’t short of firepower over 100m.

“Are you kidding me?” asked sports writer Eric Sondheimer, summing up the mood Stateside.

Unbelievable. Except totally believable. USA sixth in semifinal of men’s 4×100 relay and is OUT of Olympic final. Utterly embarrassing.

The USA finishes sixth in the 400 relay? Are you kidding?

“We just didn’t get the job done today. That’s all,” said the hapless Kerley, while sprint partner Baker appeared to blame a lack of practice time together.

“Trying to time that up perfectly with a couple of practices is a little difficult, but it is what it is,” said the 27-year-old.

Each of the teams who finished above the US qualified for the final, where they will be joined by Jamaica, Great Britain and Japan from the other heat. 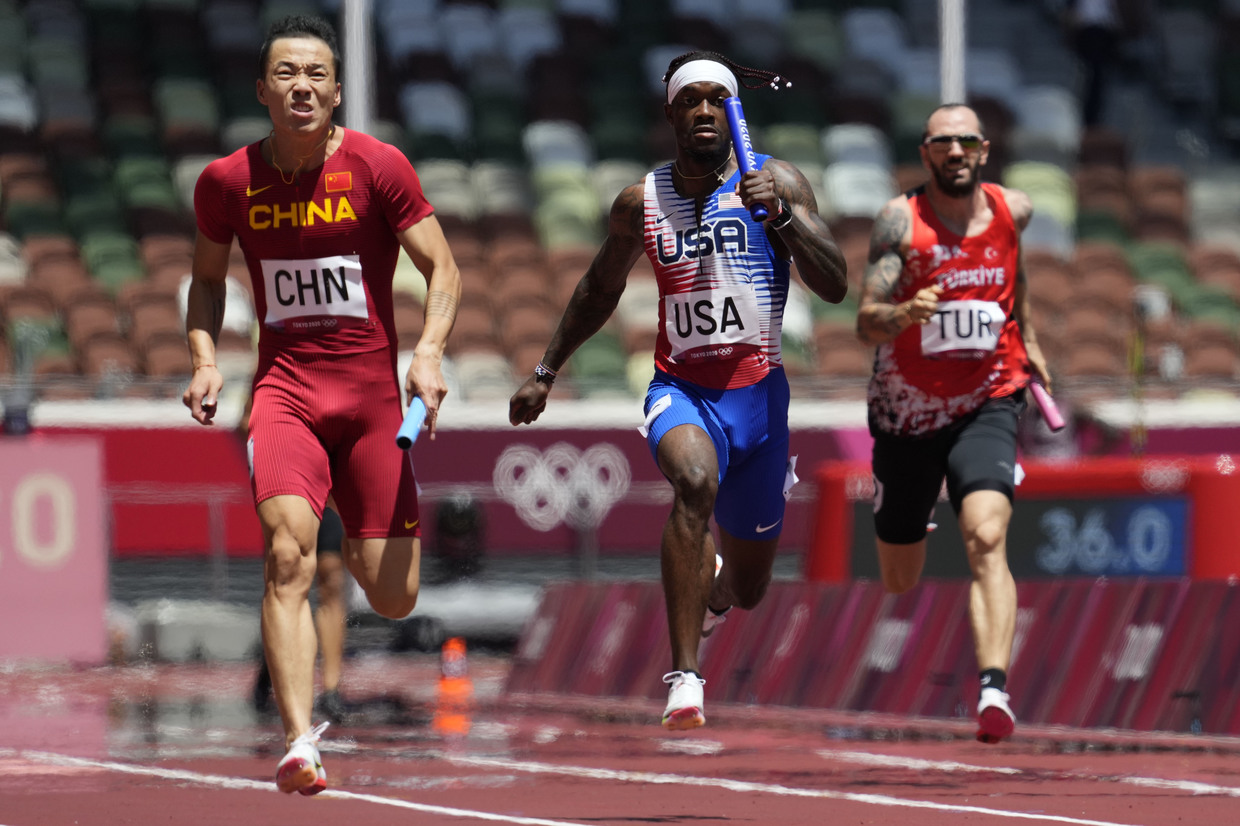 China led the way while the US limped home in sixth place. © USA Today Sports

American short-distance men’s sprinting has suffered a disappointing Tokyo 2020, with Kerley missing out on individual gold in the 100m, where he was pipped by Italy’s Lamont Marcell Jacobs in a major upset.

In the men’s 200m, Canada’s Andre De Grasse claimed the title ahead of US pairing Kenny Bednarek and Noah Lyles.

The last time an American man won gold in either the 100m or 200m was 2004, when Justin Gatlin and Shawn Crawford landed a US double.