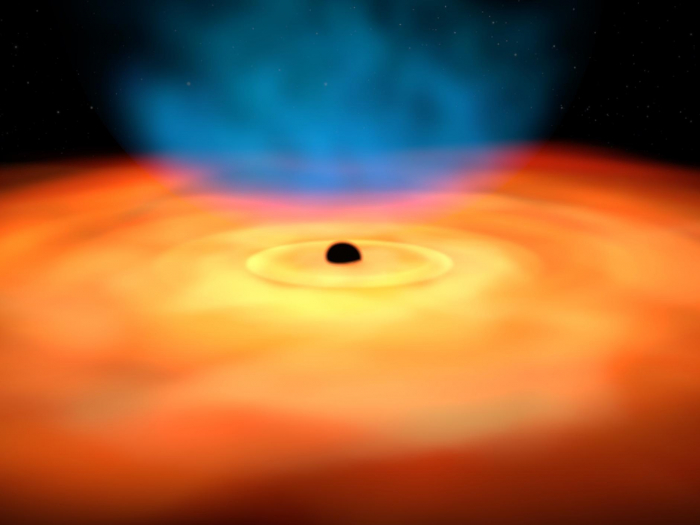 Supermassive black holes in the depths of space have been used for the first time to measure the universe growing, yielding intriguing results.

Astronomers found the universe appears to be expanding faster than previously thought, a discovery that suggests a whole new set of rules is required to understand the cosmos.

The rate of universe expansion is known as the Hubble constant, named after the American astronomer who also gave his name to the famous space telescope.

It has proved a tricky value to pin down, because while the cosmos has been getting bigger since the Big Bang, the rate seems to vary depending on where astronomers look and how they measure it.

In a new study published in the journal Nature Astronomy, scientists used black holes sitting at the core of distant galaxies as reference points by which to measure the speed of growth.

Read more:   Turkey not to bow to any lies and pressure, says MFA

These bodies constantly spew out radiation, placing them among the brightest points in the universe.

“Black holes are the most luminous persistent sources of the universe and allow us to measure its expansion rate at very early times,” explained Dr Elisabeta Lusso from Durham University.

Using data collected from 1,600 supermassive black holes as the universe expands and they move away from each other, the scientists were able to record the rate of this expansion.

Previous efforts had used the light produced by exploding supernovae to measure the growth of the universe, but such measurements could only go back so far in time.

The discrepancy they recorded matched the contradictory results previously obtained by the European Space Agency and Nasa.

These results suggest the early expansion of the universe is different from that predicted by the standard model of cosmology, which describes the age, history and contents of the universe.

According to Dr Lusso, one explanation for this could be the mysterious force known as dark energy – a theoretical form thought to occupy most of the universe and account for much of its energy.

“We may need to explore new physics, for example rethinking the potential properties of dark energy,” she said.

Dr Risaliti, of the Università degli Studi di Firenze, said if this dark energy is evolving – with a density that increases as time passes – this could provide an explanation for their results.

“However, this is only one of the many models – all including new physics – proposed by the theorists, and much more work is needed to find a unique solution,” he said.

Read more:   Afghanistan after withdrawal of US, NATO troops - chance for peace - COMMENTARY