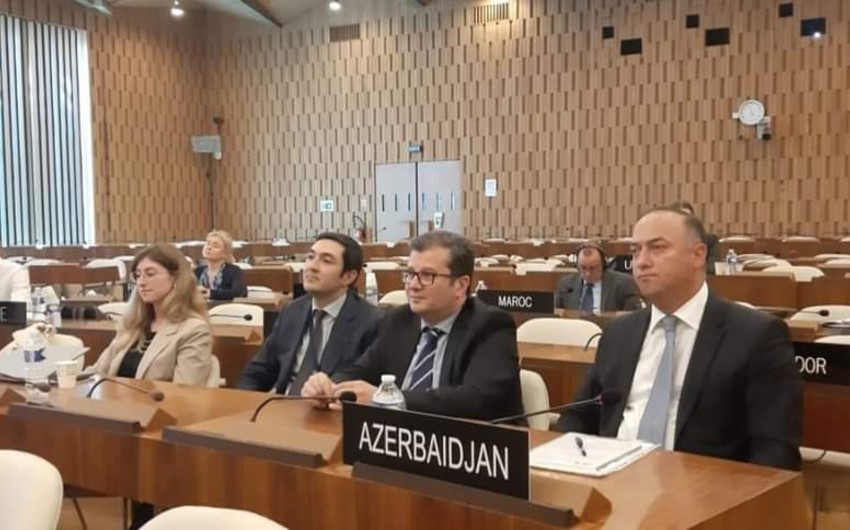 A delegation led by the head of Azerbaijan’s State Service for the Protection, Development and Restoration of Cultural Heritage under the Ministry of Culture Azad Jafarli has visited Paris, where the headquarters of UNESCO is located, in order to participate in an ad hoc meeting of the Committee for the Protection of Cultural Property in the Event of Armed Conflict, Report informs citing the State Service.

The meeting participants discussed issues of strengthening the mechanisms for monitoring and control over the implementation of the Second Protocol of the 1954 Hague Convention for the Protection of Cultural Property in the Event of Armed Conflict, as well as further effective application of these mechanisms.

Permanent Representative of Azerbaijan to UNESCO Elman Abdullayev took part in the meeting.

The delegation brought Azerbaijan’s position to the attention of the meeting participants. In connection with the topic under discussion, relevant comments were given on the agenda of the meeting and proposals were put forward.

Azerbaijan was unanimously elected to the Committee for the Protection of Cultural Property in the Event of an Armed Conflict in December 2021.