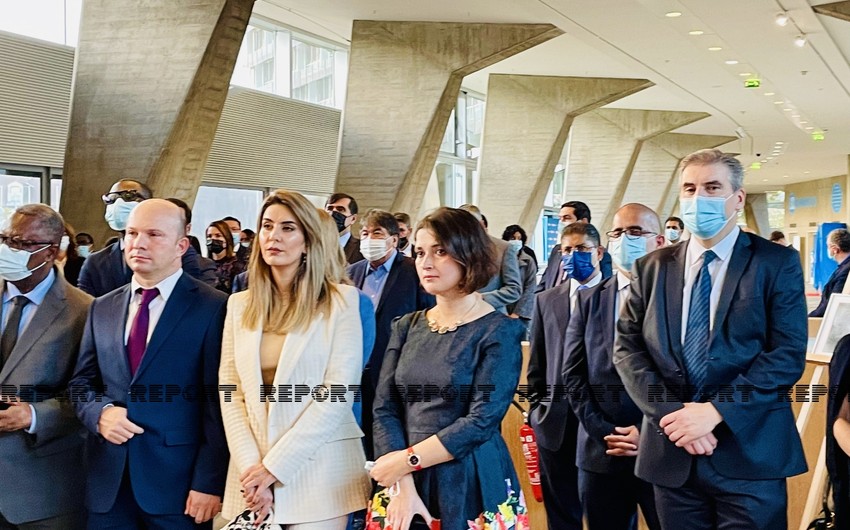 An event dedicated to the 880th anniversary of the great Azerbaijani poet and thinker Nizami Ganjavi was held at the UNESCO headquarters in Paris, France.

Elman Abdullayev spoke about Nizami Ganjavi’s rich creativity and his unparalleled contribution to human literature. Abdullayev informed the guests that Nizami, who lived all his life in only one city of Azerbaijan, Ganja, spoke several languages fluently and promoted women’s rights, equality, justice, and peace, the most progressive ideas of his time. The ambassador noted that these thoughts are the main intentions of our time, and people have been fighting for them for a long time.

Assistant Director-General for Culture of UNESCO stressed the importance of Ganjavi’s philosophical ideas, saying that his literature was at the same time emotional, encouraging, and thought-provoking. He touched upon Azerbaijan’s extensive activities in the field of preservation of world cultural and intangible heritage and expressed gratitude on behalf of UNESCO.

Songs written to Nizami’s words were performed on the piano by Azerbaijani jazz master Etibar Asadli at the event.

Besides, an exhibition of mysterious miniatures based on the motifs of the poems included in the “Khamsa” of the great thinker Nizami Ganjavi, who promoted the values of peace, justice, humanism, high morals, freedom, and equality in his works, was opened.