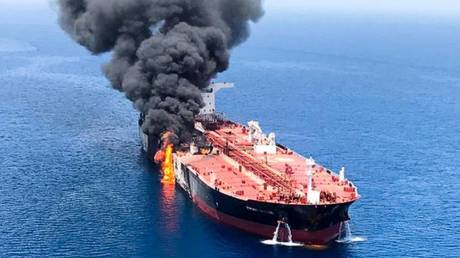 It’s wrong to label Iran as the main threat to the Middle East, Russia’s senior security official warned, while stressing that data produced by Washington is not enough to blame the Iranians for recent tanker attacks.

“Iran was and remains our ally and partner,” Secretary of Russia’s Security Council, Nikolai Patrushev, said on Tuesday.

In that sense, any attempts to portray Tehran as the chief threat to regional security, let alone lump it together with ISIS and other terrorist organizations, are unacceptable to us.

The senior official made his remarks in Jerusalem following a meeting with President Donald Trump’s national security adviser, John Bolton, and his Israeli counterpart, Meir Ben-Shabbat, both of whom clashed with the Russians over their views on Iran.

The US has been blaming Tehran for attacking two oil tankers in the Gulf of Oman on June 13 (which Iran denies), and announced new sanctions in response to Iran downing a US drone they say violated their airspace last week. (RT)