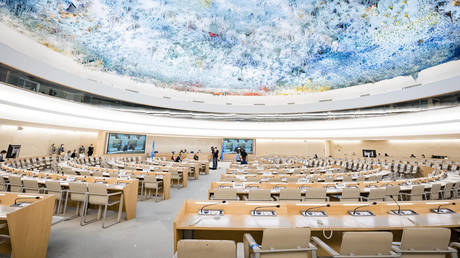 A dedicated official will be appointed to investigate human rights issues in Russia, the UN Human Rights Council has decided. A resolution establishing the position was passed with 17 votes in favor, six votes against and 24 abstentions.

The move was backed mostly by the Western nations and their allies like South Korea or Japan. China, Bolivia, Venezuela, Cuba, Eritrea and Kazakhstan voted against the resolution. Among those who abstained were Brazil, Mexico and India.

The special rapporteur, who is yet to be appointed, will be tasked with assessing the level of observance of human rights in Russia. The UN official will be expected to submit their first report on the issue at the next session of the UN Human Rights Council and the UN General Assembly next year.

Read more:   Latest on the spread of the coronavirus around the world

It is the first time a special rapporteur is being sent to monitor the situation in one of the UN Security Council’s five permanent members. Similar positions have been created for over a dozen other nations, however, including Syria, Myanmar, Iran, North Korea, Belarus and several African nations.

#HRC51 | Draft resolution A/HRC/51/L.13 on the situation of human rights in the Russian Federation was ADOPTED. pic.twitter.com/tGebm367Vc

The rapporteur is usually given a mandate to “examine, monitor, advise and publicly report” on human rights issues.

A group of 20 Russian NGOs calling for the move included OVD-Info and the ‘Golos’ election-monitoring movement. OVD-Info is an activist group focused on monitoring protest activity and detention of protesters in Russia. It was declared a “foreign agent” by the Russian authorities. The ‘Golos’ movement was also declared a “foreign agent” and had its website banned in Russia, for spreading what officials called “false” information about the Russian military offensive in Ukraine. 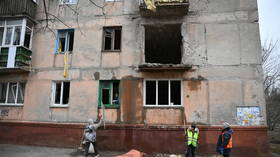 A day after the Russian organizations sent an open letter to the UN human rights body, a similar letter was signed by nine international NGOs, including the Human Rights Watch and Amnesty International. The groups accused Russia of “escalating repression, restrictions on the operations of independent civil society organizations and suppression of civic space,” adding that “a rigorous monitoring of the human rights situation in Russia is imperative.”

Moscow has not responded to these accusations and has so far not commented on the UN decision. In early March, Russia adopted legislation to combat what it calls fake news. One such law in particular allows authorities to impose substantial fines on persons and entities for discrediting the Russian army or calling for sanctions against Moscow. If an offense leads to “grave consequences,” the perpetrator could face a prison sentence of up to 15 years (RT)