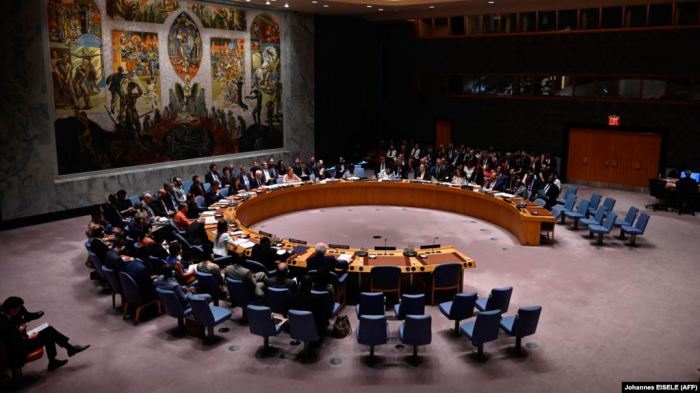 The UN Security Council is holding an open meeting on August 22 at the request of Russia and China to discuss the United States’s recent test-firing of a cruise missile on August 19.

Russia’s request said the meeting is over “statements by U.S. officials on their plans to develop and deploy medium-range missiles,” Reuters reported.

A three-decades-old arms treaty between the United States and Russia collapsed earlier this month.

The United States officially withdrew on August 2 from the 1987 Intermediate-Range Nuclear Forces (INF) Treaty that banned ground-launched cruise and ballistic missiles with a range between 500 and 5,500 kilometers.

U.S. President Donald Trump on February 1 announced the United States planned to pull out of the agreement setting off a six-month withdrawal period after accusing Russia for years of violating the pact.

Russia’s deputy UN ambassador, Dmitry Polyansky, said, “The urgency is that there are a lot of threats…. We are on the eve of a new arms race, we want to discuss the issue.”

Read more:   Azerbaijan ‘the most efficient team for medals per athlete’ in The Telegraph's Rio 2016 alternate medal table

The Pentagon earlier this week said it had fired a missile that hit a target after more than 500 kilometers of flight. It was the first such test since the United States withdrew from the INF treaty.

Here’s what you need to know about the coronavirus right now: Hospitals slash use of…

Why has US sport been rocked by a series of child abuse scandals?

Covid-19 has caused unprecedented turmoil in the aviation industry. What does that mean for pricing…

Thanks, but no thanks? Trump rebuffed after offering to mediate India-China border standoff