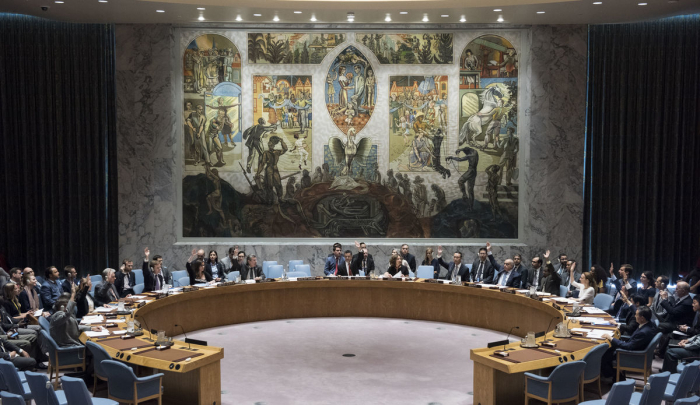 The UN Security Council (UNSC) called on Armenia and Azerbaijan to immediately cease hostilities, according to TASS.

Chairman of the UNSC, Permanent Representative of Niger to the UN Abdou Abarry told journalists after the closed consultations.

Members of the UN Security Council support the Secretary General’s appeal to the sides of the conflict to immediately stop hostilities, reduce tensions and return to negotiations without delay, he said.

Closed meetings of the UNSC imply the participation of only 15 countries of the Security Council.

Abarry noted that if necessary the Council will hold a meeting with the participation of representatives of Armenia and Azerbaijan.

“If necessary, we will talk with both ambassadors so that they can come to an understanding,” Abarry said.

Armenian armed forces launched a large-scale military attack on positions of the Azerbaijani army on the front line, using large-caliber weapons, mortars, and artillery on Sept. 27.