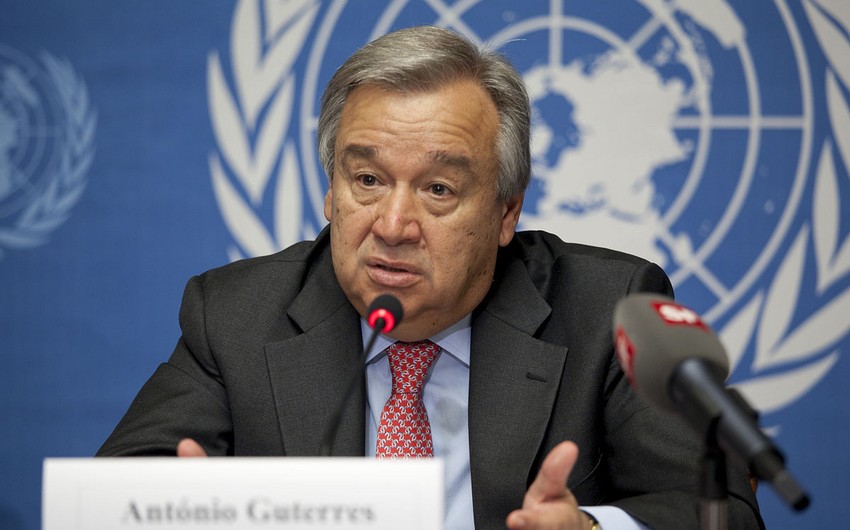 A round table on Climate Change was held as part of the high-level meetings of the UN General Assembly 76th session, Report informs.

The Prime Minister of the United Kingdom Boris Johnson and UN Secretary-General Antonio Guterres attended the meeting on the fight against global warming.

Opening the event, UN Secretary-General Antonio Guterres said the world was on a catastrophic path to global warming of 2.7 degrees:

“It is crucial to reduce emissions by 45 percent by 2030 to limit the rise in temperature to 1.5 degrees. Human emissions drive global warming. Science has decided to keep global temperature rise at no more than 1.5 degrees, but this limit may be exceeded if no immediate action is taken soon. We must act decisively to prevent this. As you know, the UN Climate Change Conference COP26 will be held in November in Glasgow, United Kingdom. World leaders will come together to agree on how to deal with the threat of global climate change. So today, I want leaders to take the necessary steps to ensure that COP26 succeeds and is a real turning point.”

“I think that the international community should act on three fronts on the way to COP26. The first is to keep the 1.5-degree target accessible. Another critical issue is raising the $100 billion pledged for climate change-related events in developing countries. Today, I am glad that many countries recognize the importance of making this commitment a reality. We will see how it will be. The third is to increase funding. We have not achieved this yet. However, several countries, namely Sweden and Denmark, have announced that they have achieved a 50 percent or more of the commitment,” he said.