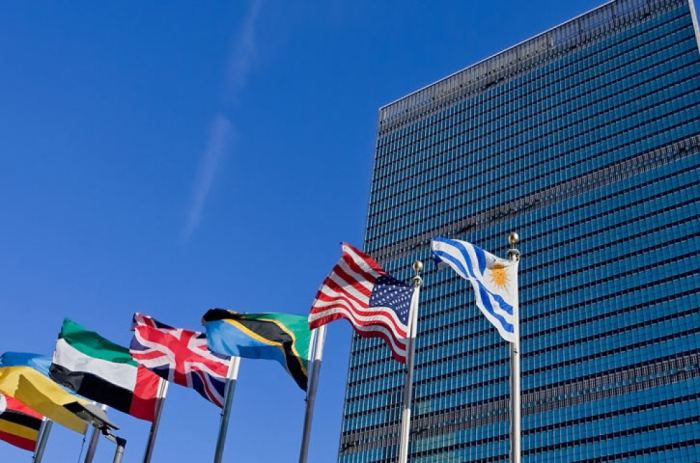 The United Nations General Assembly (UNGA) has unanimously adopted the resolution titled “Promotion of interreligious and intercultural dialogue, understanding and cooperation for peace” aimed at promoting interreligious and intercultural dialogue in achieving peace and stability as well as strengthen constructive dialogue across divergent divides.

The aforementioned resolution includes a separate paragraph which highlights the special role of the World Forum on Intercultural Dialogue organized by the Government of Azerbaijan in cooperation with UNESCO, the UN Alliance of Civilizations, the UN World Tourism Organization (WTO), the Council of Europe, the Islamic Educational, Scientific and Cultural Organization (ISESCO), the Food and Agriculture Organization of the United Nations (FAO) and the North-South Center of the Council of Europe.

In his report presented during the 74th session the UNGA, Secretary General António Guterres paid particular attention to the 5th World Forum on Intercultural Dialogue held in Baku in May 2019. “It centred around three core themes: the management of diversity; youth and intercultural leadership; and displacement and human security. In particular, the Forum sought to hone its impact as a platform for catalysing concrete action, using innovative formats and devising ambitious outcomes to be achieved through new strategic collaborations,” the UN chief said.

A new study has suggested that “stupendously large” black holes may exist, which harbor the…

Like him or loathe him, Colby Covington rarely minces his words. That was true on…

Covid ‘tipping point’: £10,000 fines for self-isolation breaches in the UK

People in England who refuse an order to self-isolate could be fined up to £10,000…

Struggling to make technology companies play by its rules, the EU may unleash measures similar…