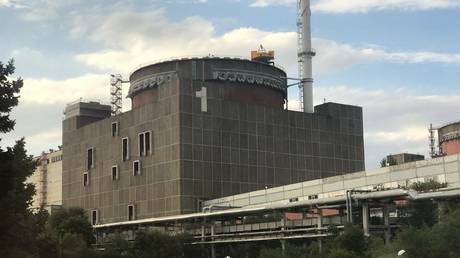 “Four IAEA representatives are currently at the plant [and] they are well aware of where the fire comes from,” the official said. Moscow has repeatedly accused Kiev of shelling the ZNPP, while Kiev maintains it is a Russian “false-flag” operation. The Ukrainian military openly admitted targeting the ZNPP area in September.

“We are publicly saying that it is high time one called a spade a spade,” Ulyanov said in the wake of renewed shelling this week, which put it at risk of a nuclear disaster, according to Moscow.

“IAEA Director General [Rafael Grossi] avoids making any direct statements so far, possibly because the IAEA Charter lacks … a mandate … of determining the guilty party in such situations,” Ulyanov told RIA. The official believes that a direct call from the UN nuclear watchdog for Ukraine to stop shelling the power plant would “certainly” contribute to easing tensions around the facility. 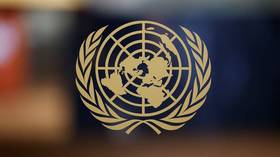 Russia is ready to “use every means at our disposal, to ensure the security” of the IAEA specialists stationed at the power plant, Ulyanov said, adding that they are much safer there than in the nearby city of Energodar, which is also “regularly and massively shelled.”

His words came just days after further shelling of the ZNPP, which prompted the head of the Russian nuclear energy corporation, Rosatom, Alexey Likhachev, to warn about the risk of a “nuclear disaster.” Moscow also contacted the IAEA and asked it to publicly identify those behind the attack.

Grossi met Likhachev in Türkiye on Wednesday, where the IAEA chief called for a “nuclear safety and security protection zone” around the plant – something his agency has been pushing for since September. According to Ulyanov, consultations on a draft proposal presented by the IAEA are still ongoing. Moscow has already offered its suggestions for the document while Kiev has yet to do so, the Russian diplomat explained. (RT)