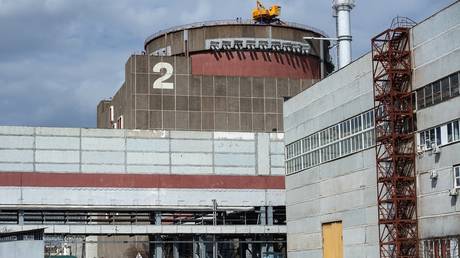 United Nations Secretary-General Antonio Guterres has voiced concerns over a potential nuclear disaster at Europe’s largest nuclear power station, after Moscow accused Ukrainian forces of shelling the nuclear plant in the country’s southern Zaporozhye Region on Friday, while Kiev claims that Russia is using the facility as a “shield” for its soldiers.

“Any attack to a nuclear plant is a suicidal thing. I hope that those attacks will end, and at the same time I hope that the IAEA will be able to access the plant,” Guterres said at a press conference in Tokyo on Monday morning, without blaming either side.

The International Atomic Energy Agency said on Saturday it was “extremely concerned” by the Friday shelling of the Zaporozhskaya Nuclear Power Plant. Targeting the facility with any “military firepower” would amount to “playing with fire, with potentially catastrophic consequences,” the UN nuclear watchdog’s director general, Rafael Mariano Grossi, said. (RT)