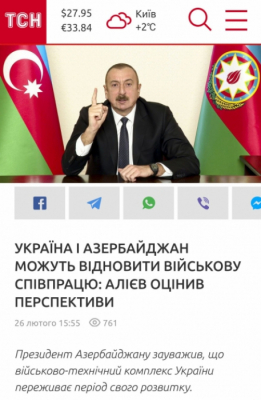 The reportage covers President Aliyev’s views on the reintegration of the local population in the liberated territories, the coexistence of the Azerbaijani and Armenian populations.

“Aghdam is called the Hiroshima of the Caucasus,” the journalist said.

Reportage also showed footage of the destruction of the Aghdam mosque.The reportage also includes views on infrastructure projects in the liberated territories.