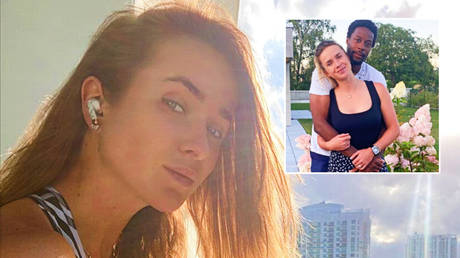 Ukrainian ace Elina Svitolina, who recently became engaged to Frenchman Gael Monfils, has revealed that she didn’t expect his proposal but suspected something was up when her fellow tennis star began to show signs of nerves.

The world number five, who has arrived in Germany to participate in the Porsche Grand Prix in Stuttgart, proudly showed off her engagement ring during a virtual press conference preceding the tournament.

Talking about her recent engagement, Svitolina said the moment Monfils gave her the ring was “amazing for both of them,” with the proposal taking place against the backdrop of a beautiful Swiss landscape.

“Yes, I was quite surprised,” the 26-year-old said. “But I knew he was a bit nervous and that something was going on.

“So it was surprising. For sure, it was a really amazing moment for both of us.

“And the photos were taken in Switzerland. He took me for the surprise trip. So, it was very nice and beautiful landscape.”

Tennis golden couple Svitolina and Monfils publicly announced their engagement at the beginning of April.

A little more than a month earlier, the ‘golden couple’ confirmed they had split following the Australian Open, saying they needed a break from their relationship.

The pair have become one of the most recognizable duos in tennis since they began dating in 2018.

Monfils, 34, has won 10 ATP Tour titles and earned nearly $20 million in prize money during his career, while Svitolina can boast 15 WTA singles titles, including the 2018 WTA Finals. (RT)