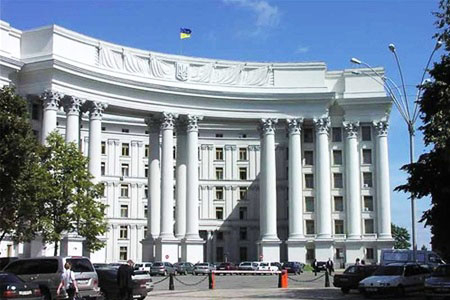 Ministry of Foreign Affairs of Ukraine has issued a statement in relation to the escalation of the Nagorno-Karabakh conflict with reference to the MFA.

“MFA of Ukraine is deeply concerned about the escalation of the conflict between Armenia and Azerbaijan. We examine circumstances that led to escalation, call on the parties to return to the dialogue, and settle the conflict by peaceful means. Our thoughts are with the relatives of victims,” the statement said.

On September 27, at about 06:00, the armed forces of Armenia, committing large-scale provocations, have subjected to intensive shelling from large-caliber weapons, mortars, and artillery mounts of various calibers of the positions of the Azerbaijan Army along the entire length of the front and Azerbaijani human settlements located in the frontline zone.

Representatives of Azerbaijani diaspora in Stockholm, Sweden have held a rally on Sergelakaden Square in…

What is happened in Karabakh showed that discrimination brought nothing but tears. Therefore, we stand…

The rifle battalion of the 527th Motorized Rifle Regiment of the Armenian Armed Forces, which…

Today at around 13:00, the S-300 missile launched by the Armenian Armed Forces was neutralized…