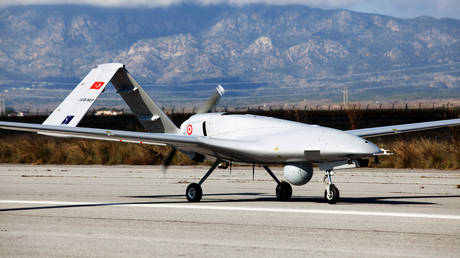 Fearsome unmanned aircraft capable of carrying laser-guided rockets, mortar rounds, and anti-tank missiles could soon be patrolling close to Russia’s borders under the terms of a deal between Ukraine and Turkey, Kiev has revealed.

In an interview with the Ankara-based Anadolu news agency, published on Monday, Ukrainian Foreign Minister Dmitry Kuleba said the technology would help it in the event of conflict with Moscow, and it had been bought “for protection.” (RT)