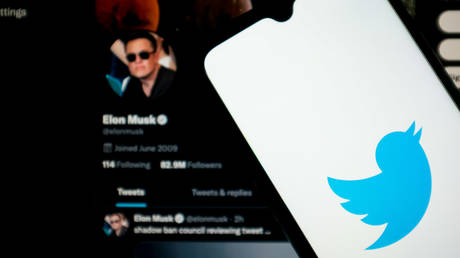 RT’s correspondent in Donetsk explains why the tycoon’s peace plan has caused such outrage online By Vladislav Ugolny, a Russian journalist based in Donetsk© Nikolas Kokovlis/NurPhoto via Getty Images

Twitter is a rather special social network. Basically, it represents all the things Moscow doesn’t like these days. It’s an American firm that’s into big data collection from its users; it employs heavy censorship restrictions; it blocks, or shadow bans, Russian accounts; and it features Western politicians joining together, in their echo chamber, to jump on the latest bandwagon.

Then you have Western mercenaries fighting in Ukraine, pushing their message, heavy doses of anti-Moscow propaganda and so-called OSINT experts regularly pushing false narratives to support Kiev. And let’s not mention the ‘NAFO’ network of trolls and bots.

Twitter is a terrible place to be, if it weren’t for one thing. Sometimes very funny things happen on the network. Horrible, but funny. For example, this week Elon Musk made a series of posts about the course of the Russo-Ukrainian military conflict and how to end it peacefully.

However, because the tycoon was balanced and considered, it touched a nerve with Ukrainians, and those who see themselves as “friends of Ukraine.”

Tesla founder in the virtual crosshairs

Musk is partly correct in pointing out the difference in mobilization capacity between the two countries. However, it is worth bearing in mind that he was probably being too kind to Ukraine.The country has been such a basket case that it hasn’t had a census for over 20 years, so we don’t know how many people live there. Meanwhile, Kiev has also lost entire regions – so the situation is even more pronounced than a threefold Russian advantage.

Ukrainians also didn’t like his idea of holding referendums on the status of disputed territories to be managed by international organizations. In particular, the UN, through which Kiev continuously seeks diplomatic support, was mentioned. 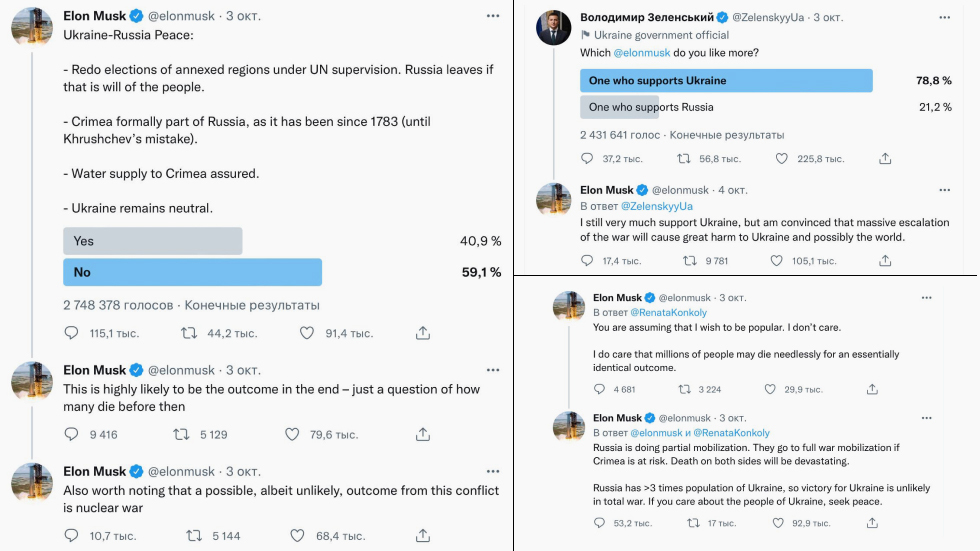 However, Ukrainians don’t care if the votes were conducted fairly. Because the reality is that they don’t give a hoot about the will of the inhabitants of the disputed regions. They only want military control over them and the ability to purge the population.

In response to Musk’s poll in pursuit of peace, which was immediately attacked by Kiev’s bot army, the people behind Ukrainian President Vladimir Zelensky’s social media created an alternative vote on “Which Elon Musk do you like better” – the one who supports Ukraine or Russia? 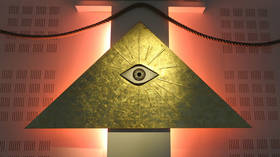 Here it should be remembered that, until this week, Musk was an idol for Ukrainians, having provided their military with his Starlink devices to provide internet coverage on the battlefield. In early March 2022, Zelensky personally spoke to Musk and asked him for the equipment.

Now the situation has changed. “I think we have to come to an agreement with Elon Musk. He doesn’t tell us where the borders of our country are. And we don’t tell him how to get to Mars. Or we tell him where to go, but not there,” Ukrainian journalist Roman Shrike posted, alluding to the “Russian warship, f**k you” meme.

Overall, Ukrainian users’ opinions were divided between a desire to give Musk a history book, which, as it happens, would only prove that Crimea historically belonged to Russia, and a desire to insult the businessman.

As a result, Musk stated that he still supports Ukraine, but was warning that an escalation of the conflict could lead to disastrous consequences both for the country itself and for the world. In fact, this was the reason for such a violent reaction from Ukrainians, who it must be remembered are under a constant barrage of propaganda, in a country where Zelensky’s regime has shut down virtually all media outside its control.

Peaceful life is the enemy of Kiev

For many Ukrainians, the current conflict is understandably an apocalyptic event. All of the country is fixated on the matter: women are engaged in support efforts, while men are forcibly mobilized and thrown to the front lines. After the fighting ends, even if Kiev somehow emerged victorious, the demographic consequences will be shocking. 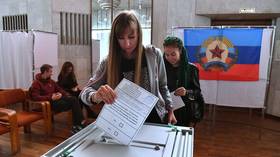 ‘I can’t imagine our future differently’: Donbass residents explain why they voted to join Russia

No matter what happens, whatever is left of Ukraine faces a bleak future. Something that was always going to be an obvious consequence of the 2013-14 Western-backed Maidan movement, which destroyed the country’s fragile unity.

That may explain why Ukrainians aren’t really worried about the rest of the world. They believe that the “global community” should unequivocally support Kiev with finance, equipment, arms and sanctions pressure on Russia, while sending mercenaries and trainers, and organizing the diplomatic isolation of Moscow. If any anyone suggests calming down and thinking about the consequences, a lot of Ukrainians become enraged.

This explains the attacks on Musk.

Let’s give the word to Alexey Arestovich, adviser to the office of the president of Ukraine and one of the main ideologues of modern Ukraine:

“So not only will be there no ‘good Russians’ left, there will also be no ‘good internationals.’ And we will be self-sufficient orphans. But with Crimea and Donbass [under our control]. In general, this soulless gathering of minds has delivered [Jordan] Peterson, [Pope] Francis, and now a Martian. This means that there is a fairly widespread intellectual trend in the West. Well… Let’s get him, too.” 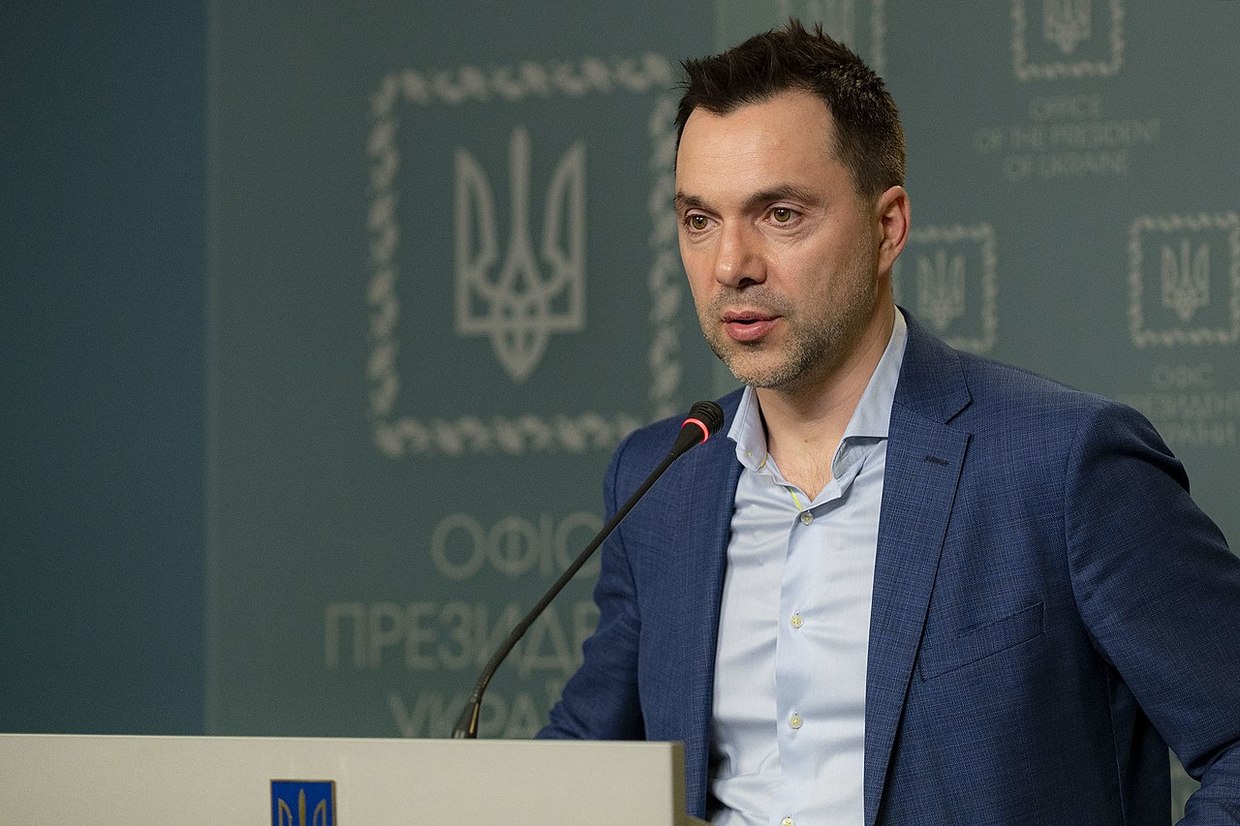 The thinking that Arestovich refers to is the desire to prevent a destructive war in Europe, and resolve disputes through diplomacy (as was tried in Donbass for almost eight years) and the hope of ensuring the wellbeing of citizens through sustainable policies and economic solutions. Thus, “Cozy Europe,” which Kiev protesters aspired to in 2013, has become a threat to Ukraine.

A relaxed Western Europe, already reluctant to shake things up and increase its defense budget to at least 2% of GDP, has proved too rational to engage in the apocalyptic carnage of a “war to the last Ukrainian” favored by many in the US. 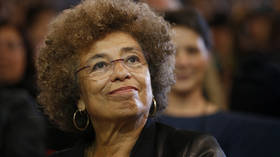 The average EU citizen does not want to risk being on the battlefield of a nuclear conflict for the sake of official Kiev’s ability to purge Donbass. They don’t even want to give up Russian gas, as this affects their standard of living.

It is the same in America, by the way. Washington elites have ambitions to be the world hegemon and its policeman, and oil corporations and speculative brokers do not mind making money from rising prices. However, the ordinary American is much more interested in an uninterrupted supply of familiar goods at a familiar price. Also, few of them can even point to where Ukraine is on a map.

It is this kind of “bourgeoisie” that is the main threat to Ukraine as a state that has staked its entire independence on international support.

Who does not die for Ukraine is a Moskal

Kiev refuses to negotiate with Russia precisely because it has this foreign support. Ukraine has suffered military defeats in the hope that external supplies would help buck the trend. It has gone on suicidal counter-attacks to inspire foreign states to support it even more. And Kiev is trying to push its backers to become more and more involved in the conflict.

The apogee of such politics was Zelensky’s performance in signing of the NATO membership application. President Vladimir Putin signed a treaty with the Donbass republics and two former Ukrainian regions? So Zelensky felt he had to sign something also. It was an action designed to show Ukraine’s determination to defend its sovereignty. Unfortunately, as is always the case with Kiev, they decided to defend their sovereignty with membership of international organizations – i.e. to solve their issues at someone else’s expense. 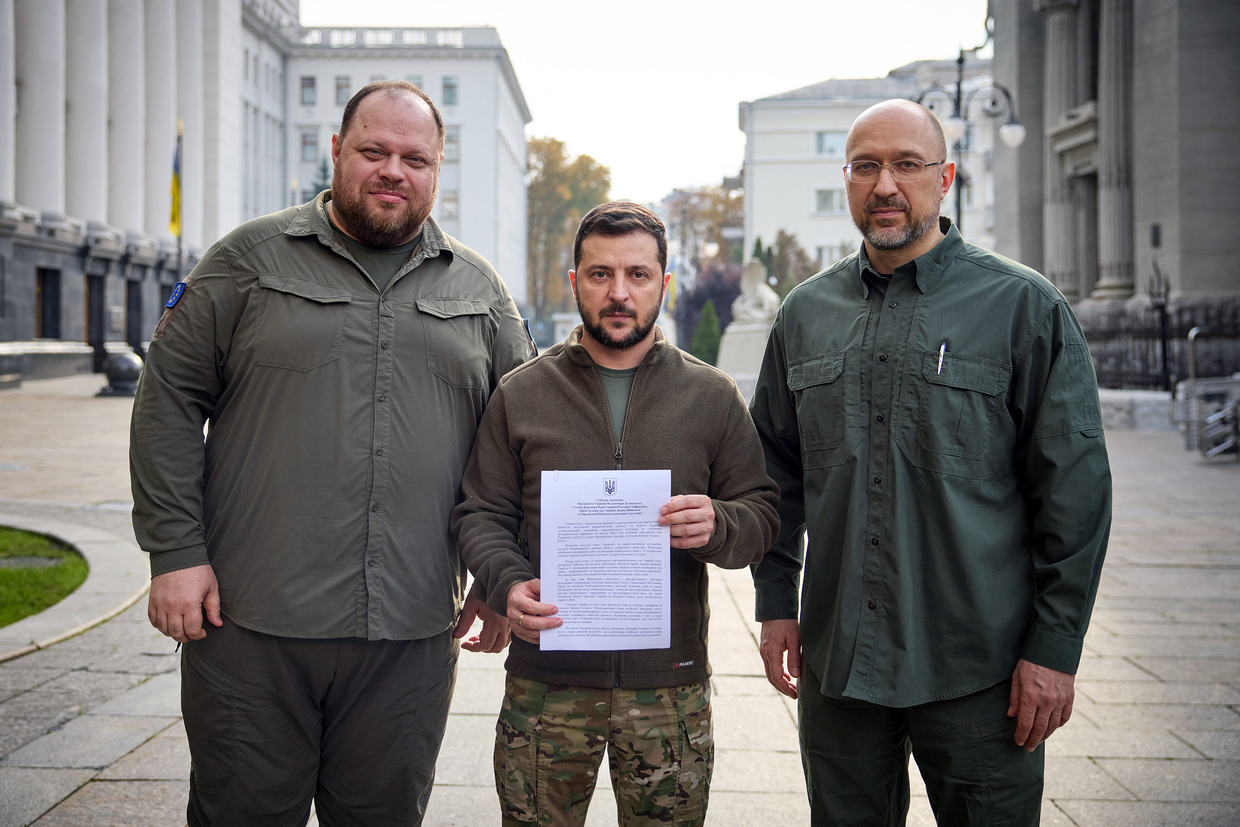 Ukraine’s accession, as a country at war and with unresolved territorial disputes, is impossible under the NATO charter. However, the Ukrainians ignore this and demand some kind of “fast-track procedure” that doesn’t exist.

This is not just a media action to reassure its citizens after the loss of the former Ukrainian territories to Russia. It is a demand for increased support, up to and including guarantees of entry into the fighting from all NATO countries.

Elon Musk is right, Ukraine is inferior to Russia in military capability and population size. Now that mobilization has been announced by Moscow, it is obvious. Ukrainians had hoped to the end that the mobilization would not be announced for domestic Russian reasons. However, it is already happening and we will see its fruits by the end of autumn.

Ukraine’s ability to reach the hated “collaborationists” from Donbass, Kherson, Zaporozhye and Crimea is now called into question. But if Kiev cannot conduct a genocide of civilians itself, it will do everything to make foreigners fight the Russians while the Ukrainian soldiers commit war crimes against the ‘collaborators’. Even if the price is World War III. This is exactly what Elon Musk is warning us about.