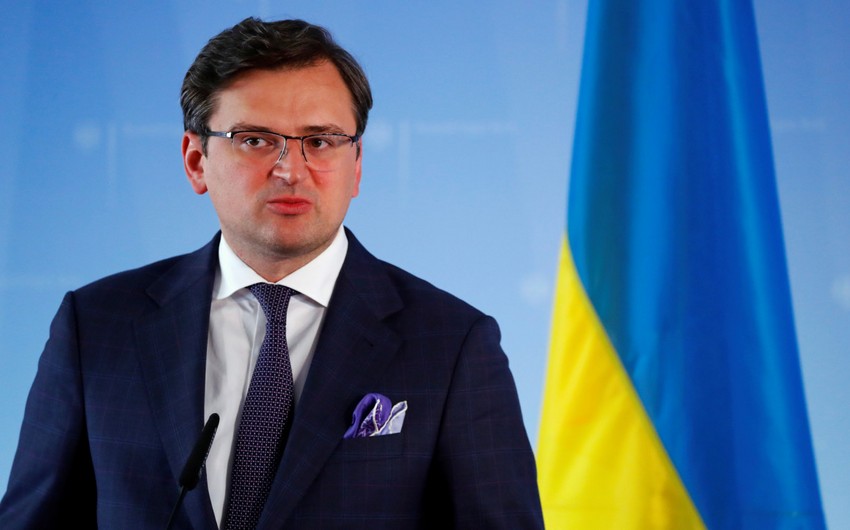 Minister of Foreign Affairs of Ukraine Dmytro Kuleba said that support for the principle of territorial integrity is one of the cornerstones of Ukrainian foreign policy.

The battles in Nagorno-Karabakh eloquently show that there are no frozen conflicts; they can explode at any moment, Kuleba said. Such conflicts are hotbeds of instability in Europe, the head of Ukrainian diplomacy said.

We have close relations with Azerbaijan, says Russia’s Putin

We have close relations with Azerbaijan, said Russian President Vladimir Putin while commenting on the…

Battles continue in all directions of the frontline

Currently, battles continue in all directions of the front, Spokesman for the Azerbaijani Ministry of…

International organizations informed about rocket attacks on our regions

On October 22, the Chief of the International Military Cooperation Department of Ministry of Defense,…

We are proud to announce that on October 20, 2020, our servicemen who liberated the…

Azerbaijan-Georgia relations are of strategic importance

“Azerbaijan-Georgia relations have always been of strategic importance for both countries. The national interests of…

Peace will change the situation in region completely, Azerbaijani President Ilham Aliyev said in an…

State border between Azerbaijan and the Islamic Iran completely secured