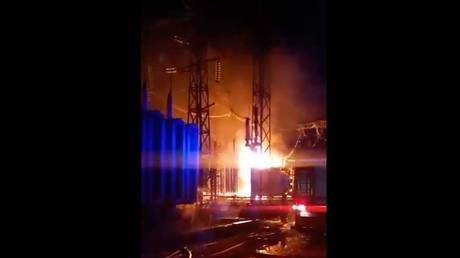 Full blackouts have hit Kharkov and Donetsk regions, Zelensky said in a social media post, apparently referring to the Ukrainian-controlled part of Donetsk People’s Republic. Sumy, Dnepropetrovsk, Poltava, Zaporozhye and Odessa regions have been hit by partial blackouts, according to the president, who blamed the incident on “Russian terrorists.”

So, far Moscow has remained silent on the matter, neither confirming nor denying its involvement into the Ukrainian blackout. Still, the incident has been preceded by reported launch of multiple cruise missiles from Russian military ships positioned in the Black and Caspian Seas.

Read more:   President Ilham Aliyev: Our relations with neighboring countries have always been one of our top priorities