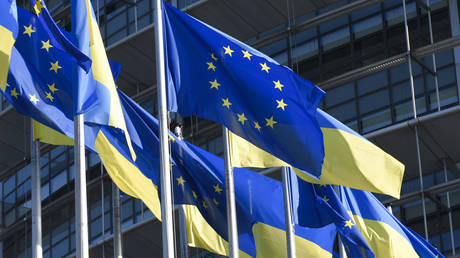 Delays in economic aid from the European Union to Ukraine are “unacceptable” and must be resolved to avert disaster, a senior Ukranian official warned, pointing to massive budget shortfalls as the EU approved another $4.9 billion (€5 billion) assistance package.

Speaking to Politico on Monday, a top economic adviser to Ukrainian President Vladimir Zelensky, Oleg Ustenko, slammed the European bloc after it agreed to send another tranche of aid between mid-October and the end of the year, insisting his country’s needs must be met sooner.

“Our minister of finance is under extreme high pressure, when he sends these checks to the military, to pension funds … we have to have this money in his hands. So something like one week or several weeks’ delay is just not acceptable,” Ustenko told the outlet.

While the EU initially approved $8.8 billion (€9 billion) in assistance last May, only a small fraction of that has been sent so far. The latest move would break up a $4.9 billion (€5 billion) payment into three installments to be transferred before the end of 2022, though the rest of the original package likely won’t be sent until next year. 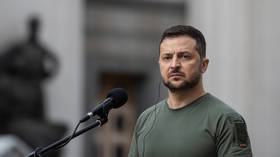 Monday’s agreement followed months of debate between EU member states over the exact form the aid should take, with Germany arguing in favor of grants instead of loans. Berlin has accepted a plan to provide the latest $4.9 billion as a loan, but the body has yet to reach a consensus on the remaining funds.

Ukraine has heavily relied on foreign aid since Russia’s attack commenced in February, with the country’s economic output taking a massive hit of up to 40% this year and the government facing a budget gap of some $5 billion per month.

While the United States has raced to inject cash into Ukraine, approving some $20 billion in economic and humanitarian assistance alone, the EU has been more hesitant, instead sending a little over $13 billion between all of its members, according to an aid tracking tool created by the Kiel Institute. American weapons transfers to Kiev have also dwarfed those of Europe by nearly ten-fold. Washington has reportedly noticed the disparity, with US officials recently telling Bloomberg that the Joe Biden administration “has pressed Europe to do more” to support Ukraine and take on “more burden sharing.”

Talks on future aid from the EU will be held at an upcoming meeting in the German capital later this month, where Ustenko voiced hopes that member states will be convinced to speed up the process, saying “Berlin is going to be just the next step of these discussions.” (RT)