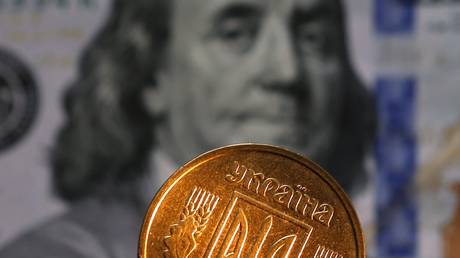 While Ukraine’s growing row with Russia has scarcely been out of headlines around the world in recent days, two news stories closer to home shed light on the battles being fought within the country, with the nation’s richest man.

Last month, President Volodymyr Zelensky used a press conference to announce a coup against him was afoot, and that billionaire rival Rinat Akhmetov was playing a leading role in it. Zelensky’s tale was rambling and muddled: it was unclear what exactly he was accusing the oligarch of, and the president’s sources remained obscure. But he sounded threatening as well as bizarre. Akhmetov rejected the president’s “lies” and the “coup” failed to materialize on the appointed date, a little like the prophecy of a desperate doomsday cult leader.

The second story, which unfolded within days of the first, portrayed Akhmetov as suspected of stealthily angling for candidates to support in a run for the Ukrainian presidency, that is, against Zelensky. Rumors have fastened on a trip Akhmetov made to Lithuania’s capital Vilnius at the same time as half a dozen heavyweights of Ukrainian politics and media, including the former Minister of the Interior Arsen Avakov and two of Kiev’s most influential journalists and television hosts, Dmitry Gordon and Savik Shuster. They all have in common that they are bitter opponents and harsh critics of Zelensky. 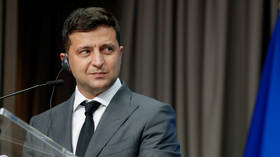 The details of the affair are less interesting than a persistent fact that it demonstrates. After not one but two irregular regime changes – the “Orange Revolution” of 2004 and the Maidan of 2014 – that called themselves revolutions and promised a radical reset of Ukrainian politics, one thing has not changed: namely, the outsized influence of a small group of very wealthy men. And yes, they are almost exclusively men. Concentration of what economists drily call “influential ownership” has remained extreme in Ukraine. Before the “Euromaidan,” the country’s 50 richest individuals accounted for 45 percent of its GDP.

It is true that Zelensky and his party “Servant of the People” have recently pushed through parliament a law ostentatiously aiming at “de-oligarchization.” Its essence is simple: to create a register – really a blacklist – of oligarchs and exclude those listed from specific activities, such as financing parties and participating in privatizations. In theory, oligarchs will keep their wealth but won’t be able to misuse it anymore to buy political power.

Yet Zelensky’s self-declared “de-oligarchization” will not only fail but make things worse. In reality, the law will facilitate a politicized pick-and-choose. Part of a larger campaign started in the spring, the oligarch blacklist will serve not the country but Zelensky, allowing him to target oligarchs that he fears while promoting those who cooperate. Even the habitual Kiev boosters at NATO lobby group the Atlantic Council have recognized that the new law is not what it seems.

Likewise, a recent extensive report by the EU’s European Court of Auditors has also come to sober conclusions. Not only the Ukrainian government but Brussels as well have failed to make a dent in what the report calls “grand corruption.” According to the auditors, Brussels “has long been aware of the connections between oligarchs, high-level officials, politicians, the judiciary and state-owned enterprises.” But, while failing to develop a “real strategy” to address the issue, it has been “loose” in what it has demanded from Kiev and “over-positive” in its assessments. “Grand corruption and state capture” remain “endemic in Ukraine; as well as hindering competition and growth, they also harm the democratic process.”

So much for any illusions that a special association with the EU would be enough to finally turn the tables on Ukraine’s oligarchs and their practices. EU membership, if it ever happens, is unlikely to fare any better. 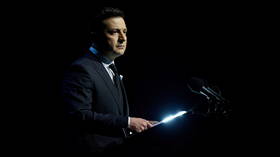 Oligarchy, once again, is here to stay in Ukraine. That is important for two reasons – one much lamented, the other noticed too little. The obvious one is the danger to Kiev. It is not only authoritarians who threaten democracy, but also the wealthy buying influence. That is a problem the Eastern European nation has in common with the biggest oligarchy of them all, the US. In that sense, Ukraine has truly aligned with the West.

The other, less obvious danger affects other countries. Because what happens in Ukraine does not stay in Ukraine. On the contrary, the operations of its oligarchs have repeatedly affected its partners and sponsors in the West. Let’s take a quick look at three examples:

President Zelensky’s former business partner and supporter, Ihor Kolomoisky, for instance, has just featured in reports about his alleged large-scale money-laundering in the United States. Apart from his links to Zelensky, Kolomoisky is also one of Ukraine’s most powerful and controversial oligarchs. He is currently under American sanctions, while involved in complex legal battles in Ukraine over his former Privatbank (now nationalized) which, Ukrainian critics and the US Department of Justice charge, he used to embezzle billions.

Kolomoisky’s former partner, Gennady Bogolyubov, also involved with Privatbank, has long caused consternation among anti-corruption campaigners in Great Britain. They have questioned his quick acquisition of first a special investor visa and then British citizenship as well as high-end real estate.

The most well-known case of Ukrainian oligarchy blowback is that of the opaque links between the Burisma conglomerate, owned by Mykola Zlochevsky, and Hunter Biden, the son of the current American president Joe Biden. While nothing criminal has been proven, there is no doubt that these connections caused a sordid affair in US politics, especially during the last electoral campaign. While then-President Donald Trump and his fixer, disgraced lawyer Rudy Giuliani, were desperately trying to find dirt on Hunter and his father, a news story that could have damaged the Bidens was deliberately marginalized on social media. (RT)