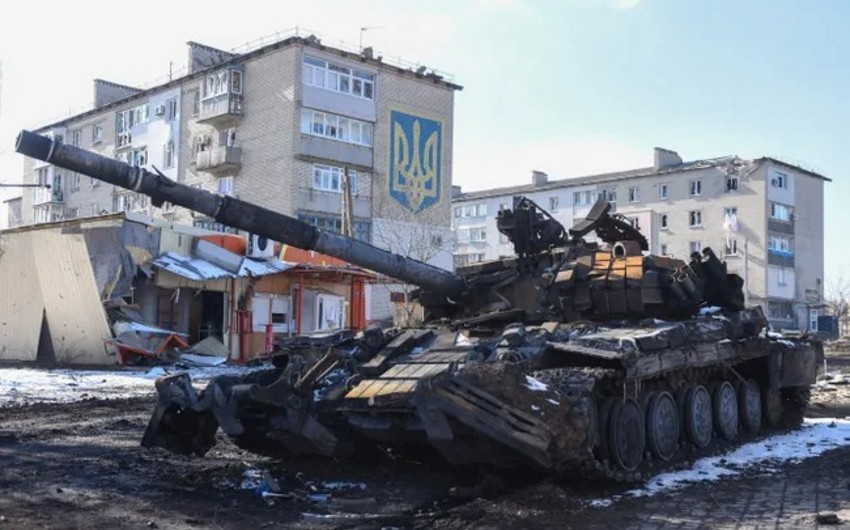 Over the past day, Russian forces have intensified the use of aircraft to support the offensive of its ground group. Due to the lack of stockpiles of high-precision missile weapons, they are looking for other ways to destroy critical and military facilities in Ukraine, Report informs referring to the Facebook page of the General Staff of Ukraine’s Armed Forces.

“Up to seven battalions of the Armed Forces of Belarus continue to carry out tasks to strengthen the protection of the Belarusian-Ukrainian border in the Volyn and Polissya areas. The threat of the enemy’s missile and air strikes from Belarus has not passed.

In the Siversky direction, Russian enemy continues to strengthen the cover of the Ukrainian-Russian border, equips strongholds in border areas in the Bryansk region. Russian occupiers continued artillery and mortar shelling of the positions of the Defense Forces and civilian infrastructure in the Sumy region from the territory of the Russian federation,” reads the report.

“In the Lyman direction, the enemy intensified hostilities. With artillery and air support conducts hostilities in the area of the village of Lyman. In the Severodonetsk direction, with the support of artillery fire, the Russian occupiers are conducting an offensive in the direction of the settlement of Sievierodonetsk, fighting continues. In the Bakhmut direction, Russian enemy conducted offensive operations in the area of Komyshuvakha, Yakovlivka and Troitsky, had no success, suffered losses.

In the Avdiivka direction, Russian enemy does not stop mortar and artillery shelling of the positions of the Defense Forces and civilian infrastructure in the areas of the settlements of Avdiivka, Pisky, Marinka, Orikhiv and Novosilka. It used assault and army aircraft in the areas of Kamyanka, Avdiivka and Novomykhailivka,” the report noted.