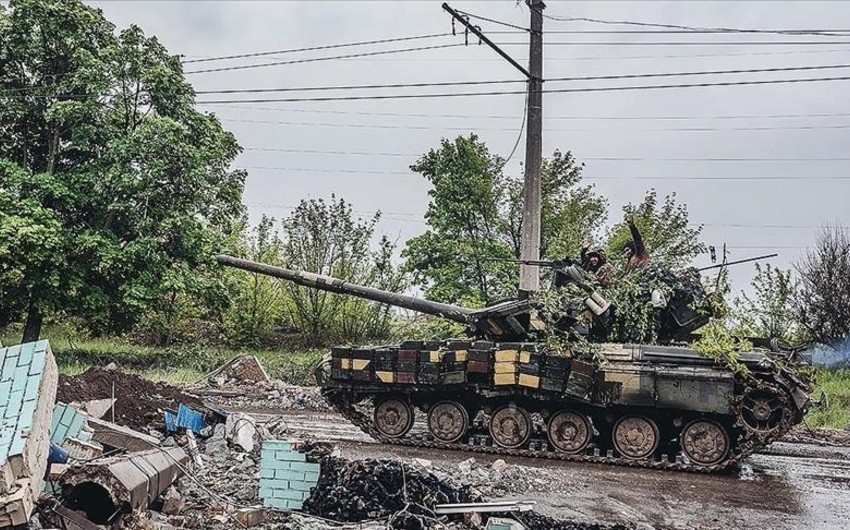 Russian forces are exerting intense fire along the entire line of contact and in the depths of the defense of the Ukrainian troops in the Donetsk, Slobozhansky and Pivdennobuzhsky operational areas, the General Staff of Ukraine’s Armed Forces said on Facebook, according to Report. The greatest activity of hostilities is observed in the Donetsk operational district, namely near Lysychansk and Sievierodonetsk.

In the Volyn and Polissya directions, certain units of the Armed Forces of Belarus continue to carry out tasks to cover the section of the Belarusian-Ukrainian border in the Brest and Gomel regions.

“Russian enemy launched an air strike on the positions of our troops in the area of the settlement of Bilopillya, Sumy oblast.

“In the Kharkiv direction, Russian enemy group focuses its efforts on maintaining its positions and improving its tactical position. In particular, the enemy is carrying out assault operations in order to consolidate the western and northern outskirts of the village of Ternovo.

“In the Donetsk direction, Russian enemy is focused on conducting an offensive operation to encircle the cities of Lysychansk and Sievierodonetsk, with subsequent access to the administrative border of Luhansk region,” reads the report.

“In the Avdiivka, Kurakhiv and Novopavlivka directions, the enemy fired at our units with the use of artillery and aircraft.

“In the Zaporizhzhia direction, Russian occupiers are strengthening groups of troops to resume offensive operations in the direction of Vasylivka – Kamyanske. Carry out regrouping. In the South Buh direction, Russian enemy continues to focus its efforts on maintaining the occupied frontiers.