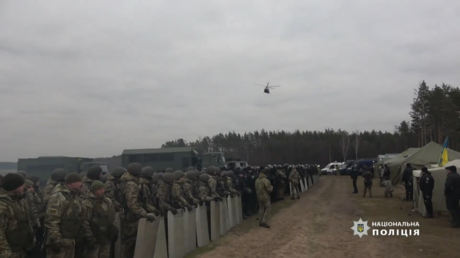 With the migrant crisis in Belarus still unresolved, Ukrainian border guards have staged a joint exercise near the frontier town of Ovruch to practice their response if groups of asylum seekers attempt to cross into the country.

It’s unclear why Kiev is concerned, given the fact Ukraine, Europe’s second-poorest country, is not a member of the European Union, and is better known for mass emigration, rather than issues around immigration.

On Thursday, alongside National Guard and National Police members, the Border Guard held the exercise in line with the country’s “Stranger in the Village” alert system, which encourages local residents to inform the authorities when an unknown person without knowledge of the Ukrainian language is spotted. A large percentage of Ukrainian citizens are not fluent in the tongue, however, and speak Russian instead. (RT)