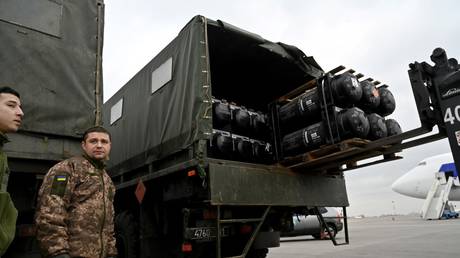 Ukraine’s European backers may be about to put the country on an “ammunition diet”, an American military analyst has claimed in an interview with Germany’s Der Spiegel. Michael Kofman said these nations may already have reached their limit in terms of weapons supplies to Kiev.

In an article published on Tuesday, Kofman was quoted as saying it is not in the Ukrainian military’s best interests to bide its time, as the weather will soon begin to worsen, making any counteroffensive more difficult to pull off. On top of that, according to the US expert, Russian troops could use a hiatus to regroup and “solve some of their personnel problems.”

Read more:   In Azerbaijan's capital Baku, mud volcanoes and petroglyphs hide beneath them a world of secrets

He noted that time would be on Kiev’s side if Western support was unlimited. However, that is likely not the case, and the Ukrainian leadership is well aware of this, Kofman suggested. He added that the “Ukrainians are apparently quite concerned about for how long they can expect further support, especially from the Europeans.”

The analyst went on to suggest that Kiev’s European backers may already have “given Ukraine most of the weapons they are ready to give.”

“The Ukrainians will likely go on a kind of ammunition diet,” Kofman predicted. 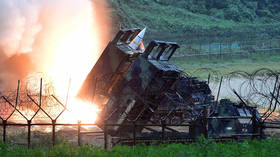 The analyst told journalists that, with this in mind, the leadership in Kiev may be concerned that Ukraine “could come under pressure to accept the stalemate” in the absence of any major success by the start of next year. Such a scenario “would be a defeat for Ukraine,” he noted.

Kofman concluded that Kiev’s ability to reclaim territories seized by Russia ultimately hinges on the extent of its Western support.

He also acknowledged “some small Russian successes in the southern part of Donbass, like in Peski,” adding, however, that the offensive is largely being carried out by the militaries of the Donetsk People’s Republic (DPR) and the Lugansk People’s Republic (LPR), as well as by “Wagner mercenaries.”

When asked about the possibility of a Ukrainian counteroffensive to reclaim the southern city of Kherson, which is currently held by Russian forces, Kofman pointed out that while Kiev has a lot of personnel on paper, only a limited number of units are “really trained and equipped for that.”

The American expert also argued that, simply because Ukrainian officials say they will launch the counteroffensive, it does not necessarily mean that it will actually materialize.

At the same time, he told Der Spiegel that the Russians’ position in Kherson is rather vulnerable as well.

So far, however, save for retaking a few cities in the region, the Ukrainian military’s progress has been “not really spectacular” near Kherson for the past three months, Kofman said.

According to the analyst, the government in Kiev is facing a dilemma: to launch a rather risky counteroffensive in earnest now and secure further Western support or accept the new status quo. (RT)