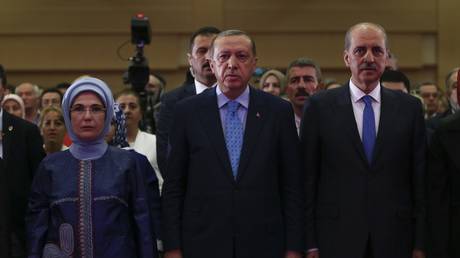 The West is using Ukraine to wage a war against Russia and has gone so far as to sabotage Turkish diplomacy that sought to negotiate an end to it, the deputy leader of Türkiye’s ruling AKP party, Numan Kurtulmus, told CNN Turk on Friday.

Turkish President Recep Tayyip Erdogan is talking to both Moscow and Kiev, said Kurtulmus, and in March managed to organize negotiations in Istanbul that looked promising. Russian President Vladimir Putin and his Ukrainian counterpart, Vladimir Zelensky, “were going to sign” a deal, but “someone didn’t want” that to happen.

According to Ukrainian media, Kiev received a message in April that the West was not interested in peace with Russia, which encouraged Zelensky to break off the talks. The messenger was reportedly none other than the UK prime minister at the time, Boris Johnson. 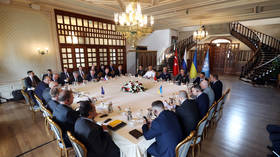 “There was progress on certain issues, and we were reaching the final point, and then suddenly we saw that the war accelerated,” Kurtulmus told CNN Turk on Friday. “What we want is an end to this war. Someone is trying not to end the war. The US sees the prolongation of the war as its interest.”

In his opinion, the conflict has made much of Europe clamor for NATO to become more active against the perceived threat from Russia, which benefits Washington.

According to Kurtulmus, the “balance of the world system disappeared” with the demise of the Soviet Union, and a “fierce power struggle” is currently taking place.

“It is essential to establish a global political system. It is necessary to establish new institutions that will ensure world peace,” he said.

Kurtulmus is a former Turkish deputy prime minister, who has been Erdogan’s deputy at the head of AKP since 2018. His comments came as Russia agreed to extend the Turkish-negotiated deal for exporting grain through the Black Sea by 120 days, on the condition Kiev doesn’t use the sea corridor to carry out more attacks. (RT)