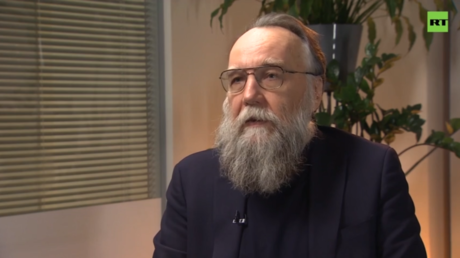 The West is clinging to the impossible dream of hegemony, Russian philosopher tells RT © RT

The conflict in Ukraine is the world’s “first multipolar war,” in which Russia is fighting for the right of every civilization to choose its own path while the West wishes to maintain its totalitarian hegemonic globalism, Aleksandr Dugin told RT in an exclusive interview on Friday.

Multipolarity is “not against the West as such,” Dugin said, but “against the claim of the West to be the model, to be the unique example” of history and human understanding. The current Russophobia and hatred of Russia, he argued, are a relic of Cold War thinking and the “bipolar understanding of the architecture of international relations.”

When the Soviet Union self-destructed in December 1991, it left the “global Western liberal civilization” in control of the world, Dugin noted. This hegemon is now refusing to accept the future in which it would be “not one of the two, but one of [the] few poles,” put in its proper place as “just a part, not the whole, of humanity.”

Read more:   Biden vows to use force without hesitation to protect US interests

Dugin described the West as “pure totalitarian liberalism,” which pretends to have the absolute truth and seeks to impose it on everyone. “There is inherent racism in Western liberalism,” the philosopher told RT’s Donald Courter, because it “identifies the Western historical, political, cultural, experience [as] universal.”

“Nothing universal exists in multipolarity,” Dugin insisted, explaining that each civilization can and should develop its own values. Russia specifically needs to overcome centuries of Western ideological dominance, he said, and create something “new, fresh, creative” that would nonetheless stand “in direct refutation of the Western liberal hegemony, against open society, against individualism, against liberal democracy.” 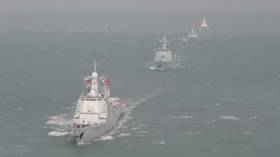 He rejected the “dogmatic” approaches of Marxism, fascism or liberalism to politics and economics, saying that Russia ought to strive for a “holistic” approach in which the spiritual would be more important than the material. Obsession with material goods ends up enslaving people, Dugin told RT.

Dugin lamented the December 1991 collapse of the Soviet Union as a “suicide” perpetrated by the power-hungry bureaucrats in Moscow. He echoed Russian President Vladimir Putin’s description of it as a “geopolitical disaster” and described it as a major victory for “Sea Power.” While the USSR was the polar opposite of the Russian Empire in terms of ideology, he explained, in geopolitical terms the two were one and the same, the strongest power in what English geographer Harold Mackinder described as the global Heartland.

While some Western observers have dubbed Dugin “Putin’s brain,” the 60-year-old philosopher and author has no official relationship with the Kremlin. He is an outspoken supporter of the current military operation in Ukraine – whose independence he considers a Western imperial project aimed against Russian sovereignty.

Dugin’s daughter Darya, 29, was assassinated in August by a car bomb planted by Ukrainian agents. Though Kiev has officially denied it, US intelligence officials later said they believe someone in the Ukrainian government was responsible.